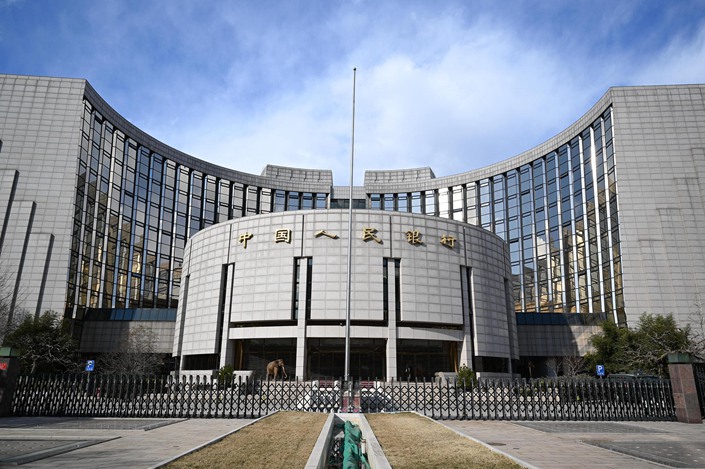 The Covid-19 pandemic has increased the challenge for banks to revamp their wealth management products.

China’s central bank is discussing extending a grace period for financial institutions to comply with sweeping new asset management rules covering a $12.9 trillion industry that were issued in 2018 and set to take effect in December 2020, officials said Friday at a press conference.

Considering the impact of the Covid-19 pandemic, some experts suggested extending the transition period for another year or longer. But whether the delay lasts one, two or three years, the key is for financial institutions to transform their businesses, said Zhou Xuedong, director of the general executive office of the People’s Bank of China (PBOC). Going back to rampant off-balance sheet business, speculating with funds and creating financial chaos would be unacceptable, Zhou said.

The new asset management rules are intended to tame and reduce risks in a massive industry. As of the end of May, China had total outstanding wealth management products (WMPs) of 90.1 trillion yuan ($12.9 trillion), an increase of 4 trillion yuan since the start of 2020 and 3.5% more than at the same point last year, data from the central bank shows.

The revamped asset management rules are aimed at curbing off-balance sheet “shadow banking” activities that were increasingly seen as a threat to financial stability. A chief goal is to ban banks from guaranteeing returns on WMPs, a long-standing practice that encourages investors to dump money into risky, high-yielding assets while expecting state protection if the underlying investments fail, thus posing significant risk to the financial system.

Under the new framework, financial institutions need to offload nonstandard assets or return them to their balance sheets by reasonably adjusting certain measurements.

However, amid talk of a possible extension, banks have made little progress in overhauling their WMPs. Banks’ nonstandard asset ratios have largely stayed put since the release of the new rules. Some banks have started to offload such assets, while others chose to wait until the end of 2020 anticipating possible new forbearance.

Now as the global economy shrinks because of the impact of the pandemic, China’s economy is also under downward pressure, increasing the challenge of revamping WMPs, said Sun Tianqi, head of the PBOC’s financial stability bureau.

As for the transition period to new WMP rules, some suggest an extension while others urge strict implementation, both of which are reasonable, Sun said. The central bank will work with relevant regulators to closely track progress on WMP restructuring and push forward the reform in a steady and orderly manner, he said.

Regulators have hinted at a potential extension of at least a year since the start of 2020. In the first explicit signal, Cao Yu, vice chairman of the China Banking and Insurance Regulatory Commission (CBIRC), said in February that financial institutions that find it hard to bring their large volume of asset management products into compliance by the original date may receive “appropriate” grace periods.

Overall risks in the WMP industry have declined somewhat as a result of less cross-holding of WMPs by peers and lower leverage, said Ruan Jianhong, head of the PBOC’s statistics department.