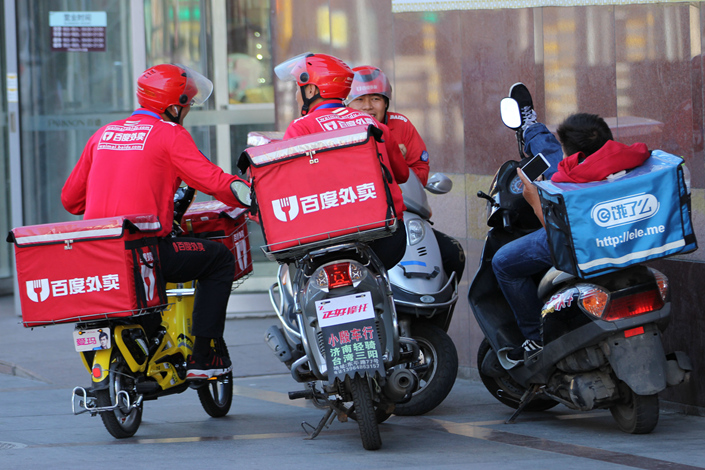 It won’t smash any records for its size. But the latest New York IPO by a China tech firm is still looking impressive in its trading debut.

Shares of Quhuo Ltd., which provides flexible workforce services to takeout delivery companies, jumped a healthy 27.7% in their Friday trading debut on the Nasdaq, giving the company a market value of about $600 million, according to Bloomberg. The company is taking advantage of growing demand for flexible workers in the food delivery sector, though it’s also hoping to make inroads into other sectors like housekeeping and e-commerce.

Right now 39,900 of Quhuo’s 40,000 users come from the takeout food delivery sector, which is dominated in China by Tencent-backed Meituan Dianping, and Alibaba-owned Ele.me. That industry was already growing rapidly before the Covid-19 outbreak, and gained extra momentum during the pandemic lockdowns and after, as many people opted to spend most of their time at home to avoid infection even after restrictions were eased.

Quhuo’s revenue grew nearly 40% last year to just over 2 billion yuan ($286 million), after more than doubling in 2018. But like the takeout delivery companies whose employees are its main income source, Quhuo is still losing money. It posted a loss of 13.45 million yuan last year, though that was down sharply from the 44.29 yuan loss a year earlier.

Related: Meituan Warns That Its 2020 Isn’t Going to Get Better