Meituan Warns That Its 2020 Isn’t Going to Get Better 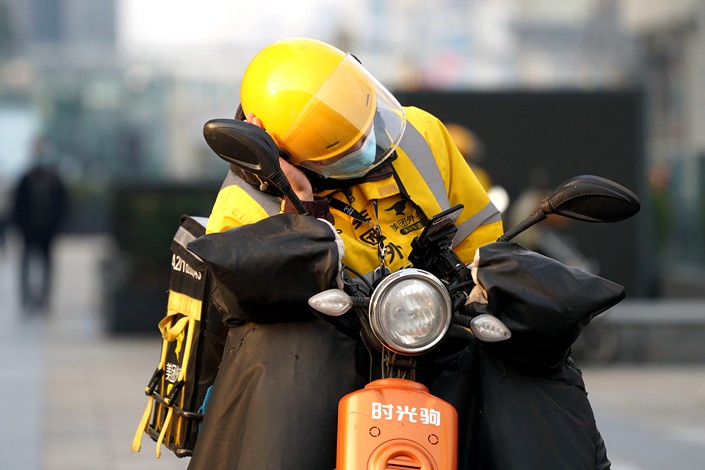 Meituan Dianping has warned that the fallout from the Covid-19 pandemic will continue to hurt its businesses for the rest of this year, even though its first-quarter earnings beat analysts’ expectations.

CEO Wang Xing gave the warning Monday at a conference call shortly after Meituan reported its earnings for the first quarter of this year. For the three months through March, the company posted a net loss of 1.58 billion yuan ($221 million) on revenue of 16.8 billion yuan. The loss was lower than analysts expected and the company’s revenue beat an average analyst forecast of 15.6 billion yuan.

“Looking into the new next three quarters … there will still be challenges. There are still uncertainties and the potential downside from the ongoing evolution of the COVID-19 situation,” Wang said, adding that short-term profitability is not the priority for his company.

Backed by Tencent Holdings Ltd., Meituan’s sprawling services from food delivery to hotel booking were among the most vulnerable during China’s Covid-19 shutdowns. Meituan warned earlier this year that the company could swing to a loss during the first quarter after reporting quarterly profits three times last year.

Meituan made most of its revenues from food-delivery business and had recently faced a nationwide backlash from merchants that accused the internet services giant of squeezing their already dwindling profits by charging excessive commission fees during the pandemic.

Responding to the backlash, executives told analysts in the earnings call that Meituan launched a series of policies to support merchants during the pandemic, including offering them commission rebates and subsidies. As of result, Meituan’s “monetization rate” — the ratio of revenue to total transaction value — for the takeout business dropped by 0.9 percentage point to 13.3% in the quarter, Chief Financial Officer Shaohui Chen said.

In the first quarter, Meituan’s food delivery revenues fell 11.4% year-on-year to 9.5 billion yuan, accounting for 60% of its total sales. Revenue from its second segment — the business that encompass hotels and travel — plunged 31% to 3.1 billion yuan. For the company’s much smaller new initiatives segment — which includes bike-sharing and ride-hailing — sales grew 4.9%, aided by the launch of a new grocery delivery service.

While Meituan is expanding offerings to sell things like handsets and farm produce, rivals including Ant Financial and SF Express, both backed by Alibaba Group Holding Ltd., are elbowing their way into Meituan’s core takeout business. Alibaba’s food-delivery arm Ele.me is also engaging in a subsidy battle for market leadership.

Longer term, Meituan will also have to grapple with China’s worsening economy, which may further dent consumer spending. Meituan may signal some business recovery in the second quarter as China reopens its economy, but it could take some time for consumer confidence to fully recover, especially for its travel business, wrote Bloomberg Intelligence analysts Ver-Sern Ling and Tiffany Tam in a research note.

Still, Wang’s warnings have not deterred investors from their bullish outlook on the company. On Tuesday, Meituan shares closed up more than 10% in Hong Kong, pushing its market cap above $100 billion for the first time. That further secures its position as China’s third most valuable listed tech company after Alibaba and Tencent.