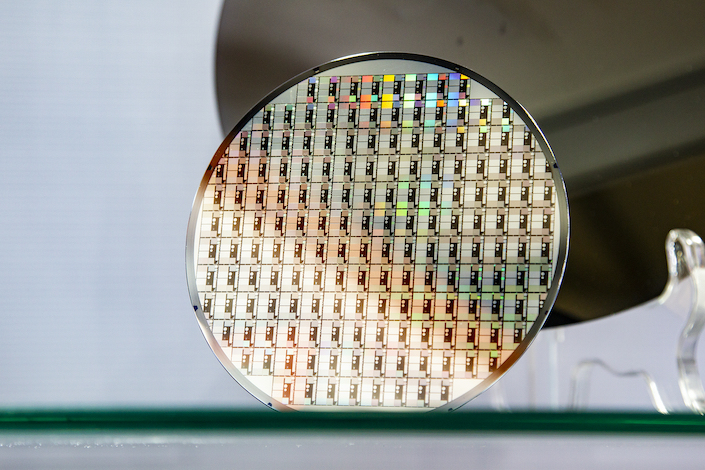 A Chinese company that launched a $2.8 billion government-backed semiconductor project four years ago is going bankrupt after it failed to attract investors even as China tries to become self-sufficient in computer chips.

The project, supported by the Nanjing Economic and Technology Development Zone, was launched in 2016 and designated a major local investment project. The plan included creation of an 8-inch wafer fabrication plant and supporting producers covering the entire business chain of chip production.

The Nanjing project was part of China’s ambitious plan to produce 40% of the semiconductors it uses by 2020 and 70% by 2025. The plan resulted in massive investment by the central government and spurred an enthusiastic response from private equity and venture capital investors.

But construction of the Tacoma project has been halted since March 2019 because of a capital crunch, according to Tacoma Chairman Li Ruiwei, also known as Joseph Lee.

When the project was halted, the fab plant was 90% built. The Nanjing city government invested 384 million yuan ($54.9 million) in the project, but the lack of other investors made the project unable to continue, Li said.

When Li pitched the project to the Nanjing government, he promised it wouldn’t need government funding and he would look for outside investors, a person close to the project told Caixin. But at a 2016 ribbon-cutting ceremony, there was still no outside funding.

“The idea was to go ahead with the project and look for money as you go,” the person close to the project said.

Li lined up Israeli chipmaker TowerJazz as a partner. The Nasdaq-listed company makes wireless communication chips and camera sensors and its clients include Intel and Texas Instruments.

TowerJazz didn’t contribute any cash to the project but was contracted as a technical consultant. Tacoma paid TowerJazz $30 million under a technology license agreement. TowerJazz also promised to purchase as much as 50% of Tacoma’s targeted 40,000 wafers a month.

Li approached other investors, including Hubei TECH Semiconductors Co. Ltd., JAC Capital and Peng Capital, but no substantial progress was made.

Unable to pay wages to employees, Tacoma was put on a list of discredited persons subject to sanctions in late 2019. Li was restricted from luxury consumption for not paying employees’ wages after a ruling in a labor dispute.

The Nanjing Economic and Technology Development Zone now plans to bring in new investors to help complete the plant and capitalize the project’s technology and other assets.