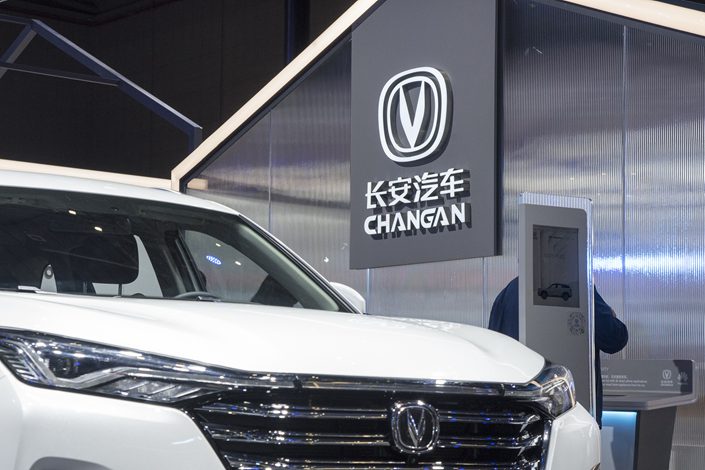 The spike in profits mostly came from three one-off, extraordinary items listed in the notice, which combined brought in a total 5.3 billion yuan. Without those one-time gains the company would have been at least 2.3 billion yuan in the red.

One of these items was the sale of Changan’s 50% stake in Changan PSA Automobiles Co. Ltd., a joint venture with French carmaker Groupe PSA, which brought in 1.4 billion yuan.

In December, Changan also sold just over half of its 100% stake in a new-energy vehicle manufacturing subsidiary, which brought in 2.1 billion yuan.

The third of these items was the surging share price of Chinese battery manufacturer Contemporary Amperex Technology Co. Ltd., which earned Changan 1.8 billion yuan. In 2017, the company bought around a third of an equity investment fund partnership which held just over 1.1% of the battery-maker’s shares.

Changan’s auto sales showed some growth in the first half, even as the already ailing domestic car market was hit hard by the coronavirus pandemic. It sold over 830,000 cars in the first half of 2020, up by 1.3% year-on-year, according to its sales report released in June. That was equivalent to 44% of its yearly sales target.

On the contrary, the Chinese car market as a whole saw sales shrink 16.9%, according to data from the Ministry of Industry and Information Technology.