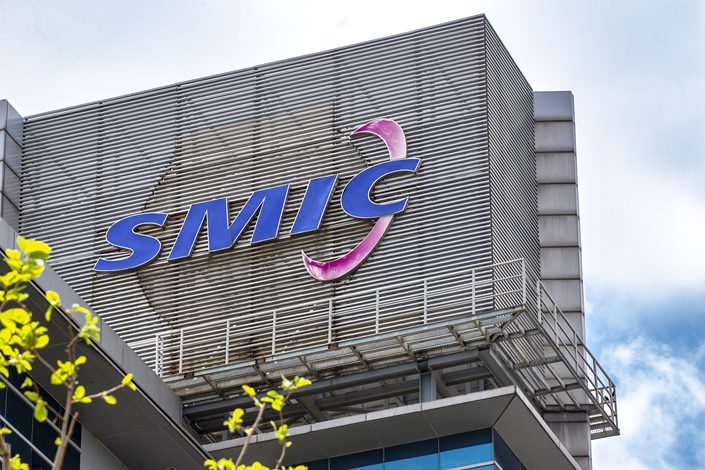 Shares of China’s leading contract chip maker Semiconductor Manufacturing International Corp. (SMIC) more than tripled from their offering price in their Shanghai trading debut Thursday, as investors raced to buy into the mainland’s largest new listing in a decade.

Investors are betting that SMIC will become one of the biggest beneficiaries of Beijing’s recent drive to make China more self-sufficient in the high-tech chips that power most electronic devices. That drive has taken on extra urgency over the past two years, following moves by Washington to cut off supplies of such U.S-made chips to leading Chinese telecom equipment makers ZTE and Huawei.

SMIC shares opened at 95 yuan ($13.59) on their first trading on Shanghai’s year-old STAR Market, representing a 246% gain from their listing price of 27.46 yuan. The stock held on to most of the gains and was still trading around 90 yuan per share late in the morning session. The company initially raised about 46.3 billion yuan from the share sale, though the total could climb as high as 53.2 billion if underwriters exercise an overallotment option.

SMIC’s profile has rapidly risen since last year amid intensifying acrimony toward China by the U.S., which increasingly sees the Asian nation as a high-tech competitor and has tightened technology export restrictions to companies like Huawei. SMIC, which has lived in relative obscurity since its founding in 2000 and a Hong Kong IPO four years later, has been one of the biggest beneficiaries of calls within China to shore up its domestic industry.

The company’s long-languishing Hong Kong-listed shares started to rise late last year as China-U.S. tensions grew, and had nearly quadrupled between last November and earlier this week on hopes it will receive strong government support in China’s self-sufficiency drive.

But while the Shanghai shares surged in their debut, SMIC’s Hong Kong-listed shares went into a nosedive starting on Wednesday and continuing into Thursday. The Hong Kong-listed stock has lost about a quarter of its value over the last two trading days, including a 16.5% drop near the end of the Thursday morning session. But even after that sell-down, it is still more than triple its level from last November.

At current levels, mainland Chinese and Hong Kong investors both now value SMIC at about $36.8 billion.