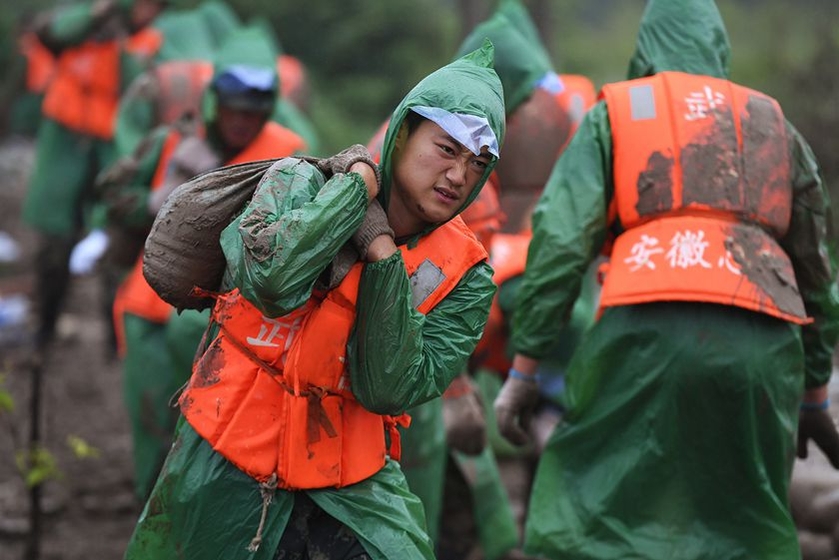 A soldier on Monday shoulders a sandbag that will be used to reinforce a dike along the Yangtze River in Wuhu, East China’s Anhui province. 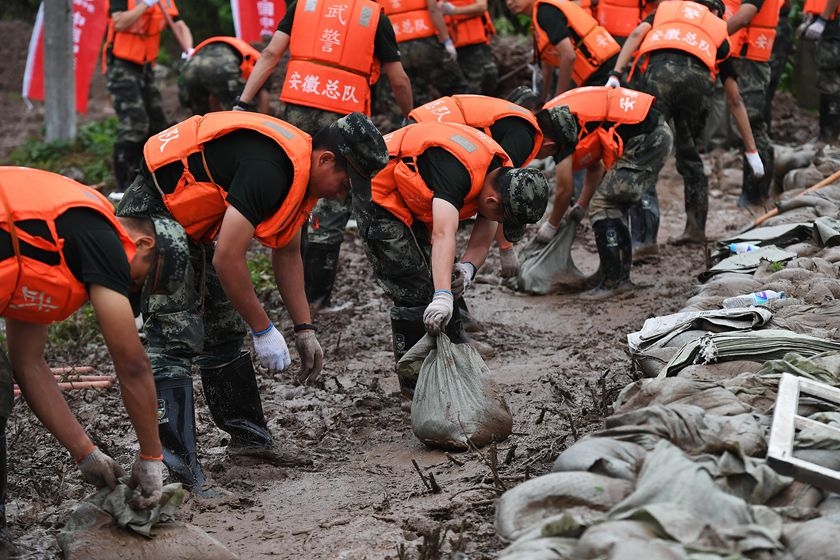 Soldiers fill sandbags with mud near a dike. 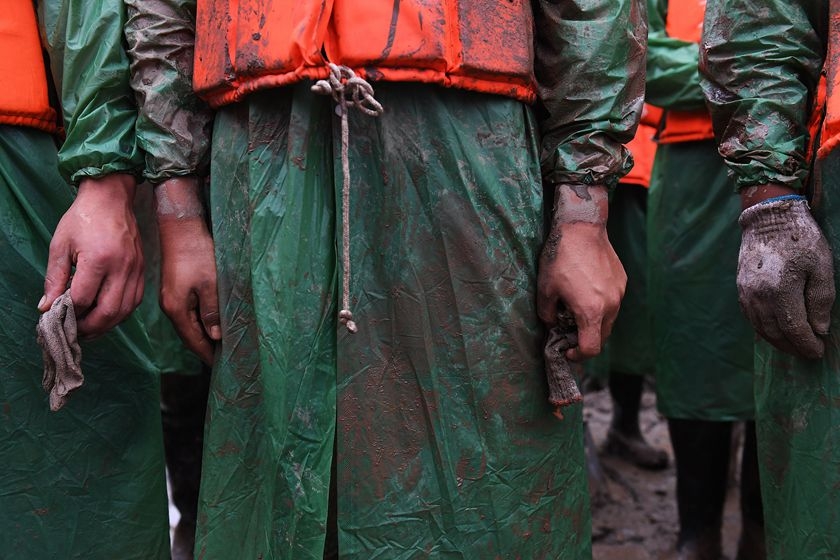 Mud clings to a soldier’s clothing. More than 7,000 soldiers had been dispatched to flood-stricken cities in eastern China, the official Xinhua News Agency reported Monday. 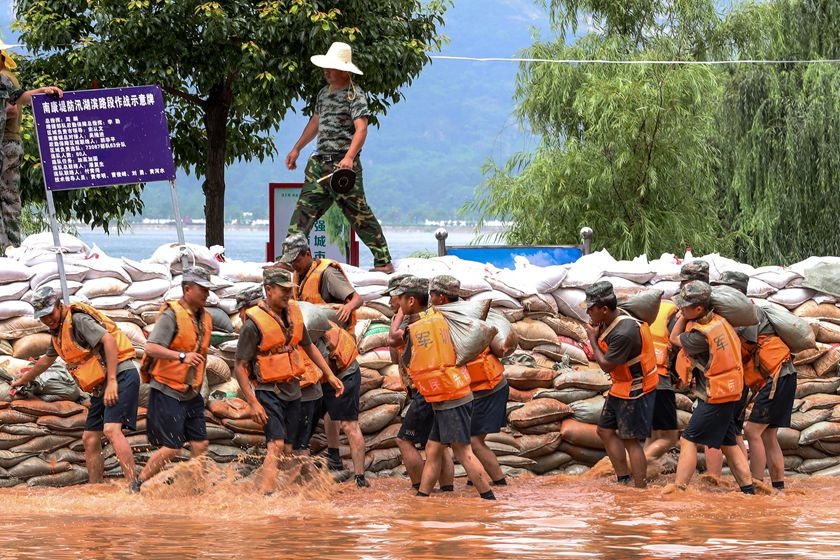 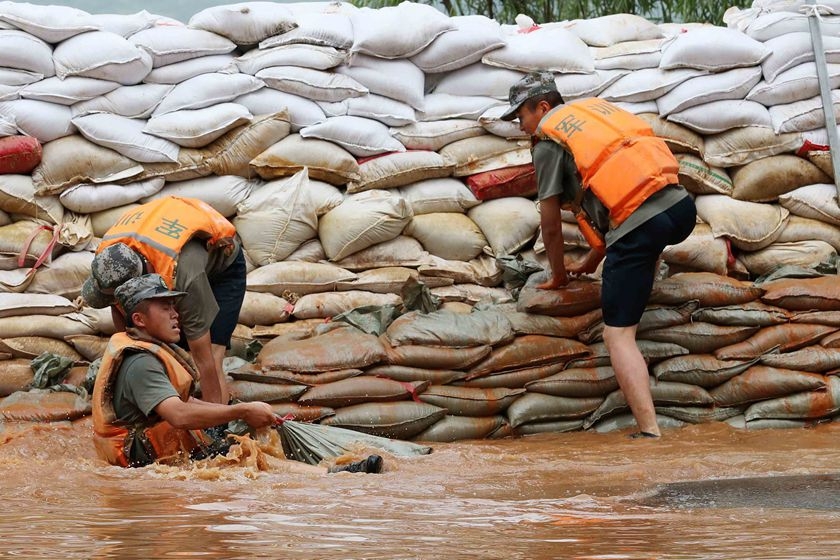 A soldier falls into muddy water while carrying a sandbag. 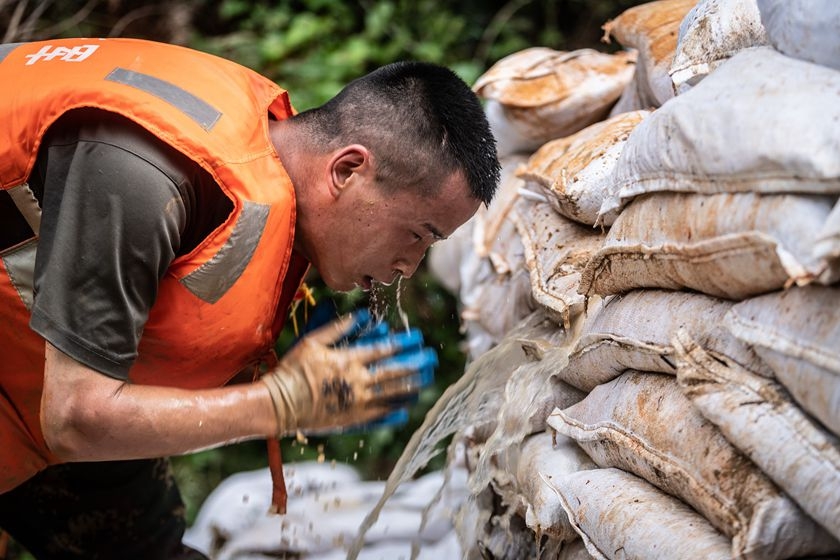 A soldier washes his face with muddy water Sunday near Poyang Lake. 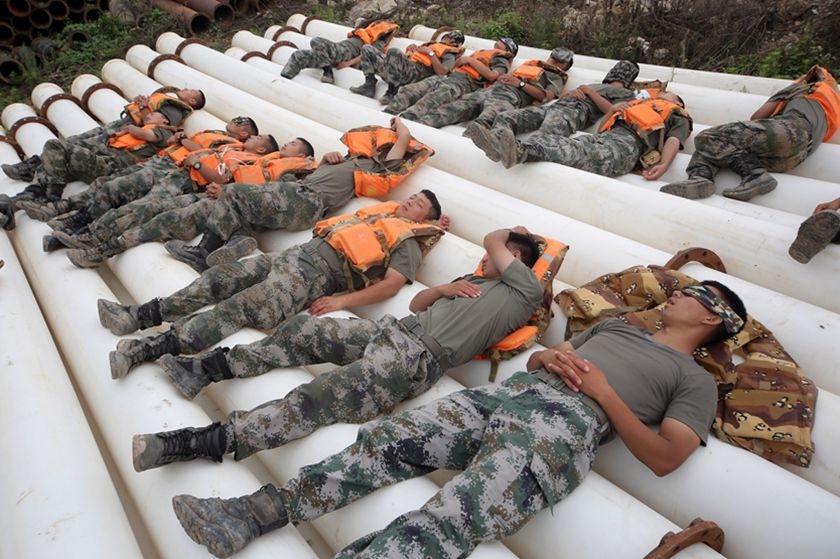