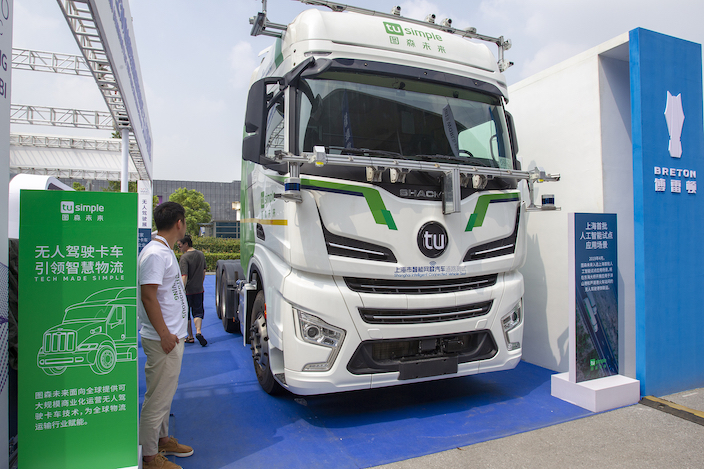 As part of the agreement, Navistar also invested an undisclosed amount in TuSimple, which splits its operations between the U.S. and China.

The partners intend to mass-produce the Level 4 technology-powered driverless trucks by 2024, by which time TuSimple aims to complete construction of an autonomous freight network covering 48 American states, according to the post.

Customers will be able to purchase the highly autonomous trucks through Navistar’s traditional sales channels in the U.S., Canada and Mexico, the post added.

TuSimple president Lu Cheng is bullish on the partnership, saying the two partners’ combined expertise will help them find “a clear path to commercialize self-driving Class 8 trucks at scale.” Class 8 refers to heavy-duty trucks as classified by the U.S. Department of Transportation’s Federal Highway Administration.

The deal could allow TuSimple and Navistar to capitalize on each other’s strengths to achieve their respective aims. TuSimple needs an established truck maker to experiment with its self-driving systems before its eventual launch of fully autonomous freight operations, while Navistar is betting TuSimple’s technology will give it an edge over its rivals.

Some experts believe self-driving technology could be more easily applied to autonomous freight services that normally run on fixed highway routes with relatively simple road conditions compared to other types of vehicles, thus providing a clearer path to profitability.

Related: Chinese Self-Driving Truck Firm Aims to Cover Most of U.S. by 2024