Chinese Self-Driving Truck Firm Aims to Cover Most of U.S. by 2024 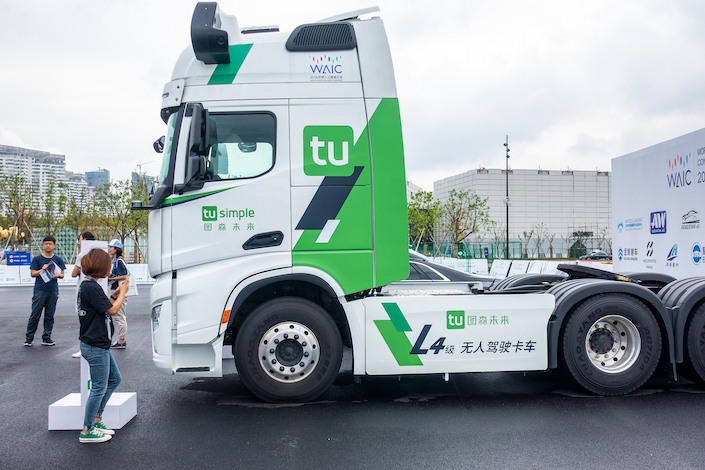 TuSimple, a self-driving truck firm splitting its operations between China and the U.S., has laid out a plan to build an autonomous freight network that will stretch out across 48 U.S. states by 2024.

Five-year-old TuSimple plans to roll out the network in three phases in partnership with local logistics operators including UPS, which is one of its backers, as well as Xpress Enterprises and McLane, according to a WeChat post by the company Thursday.

By 2021, the network will provide autonomous delivery services on routes between a cluster of southwestern U.S. cities such as Houston and San Antonio. By 2022 TuSimple will start connecting the East Coast and the West Coast by offering routes connecting Los Angeles with Jacksonville, Fla., the post said.

By 2024, it will expand its autonomous operations to cover transportation arteries in 48 U.S. states, the post added.

TuSimple said it already operates business on seven routes between Phoenix, Tucson, El Paso and Dallas and plans to establish a new logistics center in Dallas in the third quarter to serve customers from the economically developed Texas Triangle.

TuSimple’s ultimate goal is to set up a transportation network consisting of mapped routes connecting hundreds of terminals to enable all-weather autonomous freight operations, the company’s president Lu Cheng said in a statement.

TuSimple, which is backed by UPS and internet stalwart Sina, also has a presence in China, where it is testing autonomous tracks and has research and development centers in Beijing and Shanghai.