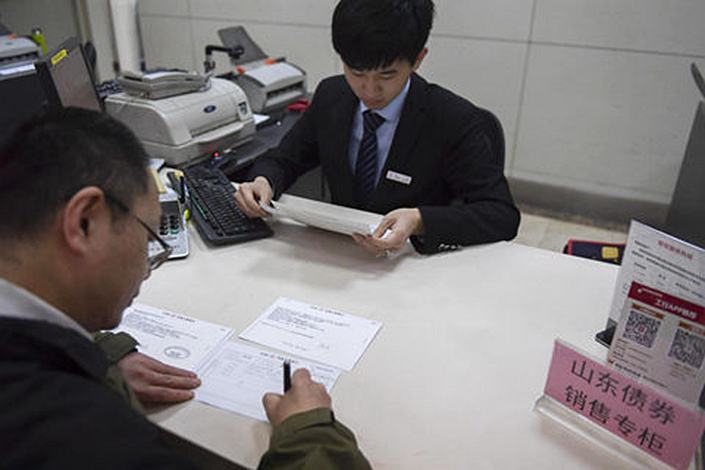 The two bond markets have long been separated, operating their own bond issuance, listing and trading.

Chinese regulators are moving to unify the country’s fragmented interbank and exchange bond markets. China’s bond market is the world’s second largest, worth some $15.4 trillion, but each part operates independently, overseen by two different regulators.

The People’s Bank of China (PBOC) and the China Securities Regulatory Commission (CSRC) said in a joint statement (link in Chinese) on Sunday that qualified investors on the interbank market and on the Shanghai and Shenzhen exchanges will be able to buy and sell bonds listed on both markets through a “connect” mechanism.

“This can be seen as a construction notice (of the connect mechanism),” a source at the PBOC said. The source added that connecting the bond market infrastructure can help unify prices. In practice, the connect will link together market infrastructure including the transaction “front desks” of the interbank market’s National Interbank Funding Center and the Shanghai and Shenzhen exchanges, as well as settlement “back offices” of the interbank market’s China Central Depository and Clearing Co. Ltd. and Shanghai Clearing House, and the exchange market’s China Securities Depository and Clearing Corp. Ltd.

The move is considered significant as a bid to boost liquidity and a step towards financial opening-up. “It’s noteworthy that the convenience of the facility can be fully enjoyed by overseas investment institutions, which will enhance the attractiveness of China’s bond market for overseas investors and further promote internationalization of the yuan,” analysts of Everbright Securities Co. Ltd. wrote in a Sunday research note (link in Chinese).

At the end of June, the outstanding value of China’s bond market reached about 107.8 trillion yuan ($15.4 trillion), tripling from the beginning of 2015, according to data (link in Chinese) from the central bank. Set up in 1997, the interbank bond market makes up the bulk of the bond market overall.

The two markets have slightly different sets of criteria for investors. The final requirements for determining investors’ eligibility to use the connect mechanism may take the “overlapping” part, the PBOC source said.

The two bond markets have long been separated, operating their own bond issuance, listing and trading. Since 2015, the interministry coordination mechanism for corporate bonds — launched in 2012 by the PBOC, the CSRC and the National Development Reform Commission — has powered the government’s effort to unify bond market rules in terms of access, law enforcement, information disclosure, ratings, defaults and legal systems.