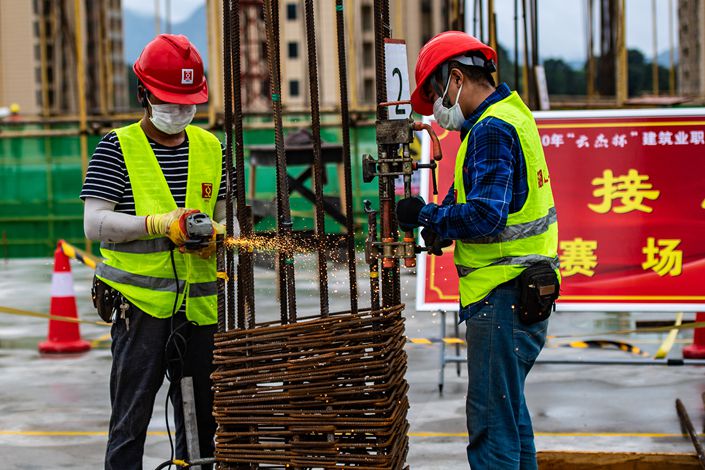 China’s economic results are in for a first half of 2020 and the have been blighted by the coronavirus pandemic. According to the National Bureau of Statistics (NBS), the country returned to growth in the second quarter, posting a year-on-year rise of 3.2%.

In the first half of this year, China’s GDP has declined 1.6% compared with the same period of 2019. The government’s main task in the next phase is to continue to promote disease control alongside economic and social development, provided that the economy remains on a stable footing.

Economic growth in the second quarter exceeded market expectations. But as the NBS’s spokesperson said, the results represent a rebound from a virus outbreak whose losses have still not been fully plugged, and the country still needs to work hard to bring the economy back to where it was before the pandemic.

Many experts believe that China’s economic recovery might lose momentum in the second half of the year. While strengthening the effectiveness, flexibility and targeted nature of macroeconomic policy adjustments, we must remain sensitive toward the vicissitudes of domestic and international events, forcefully promote reform and opening, and improve the efficacy of resource allocation and the economy’s inherent momentum. Only then will we be able to steady the ship.

China’s economy saw both highs and lows in the first six months of the year. Success stories from rising industrial models like remote working, online education, online retail and high-tech manufacturing and services played strong roles in the economic rebound.

However, other indicators look far less rosy. In particular, the real incomes of Chinese citizens shrank during the first half of the year. Lack of consumer demand and pressure on businesses and employment remain major concerns. Key social groups like university graduates and returned migrant workers are experiencing particularly sharp struggles when it comes to employment.

This year’s government work report states that sticking to the bottom line of the “six guarantees” will allow the country to stabilize the economy. The policy refers to guaranteeing employment, basic livelihoods, market entities, food and energy security, production and supply chain security, and basic transportation.

Of those, securing employment and a future for market entities are the most important. For the latter, the government has recently issued a flurry of policies that build on previous commitments to support businesses and stimulate market vitality. They include guiding financial institutions to give further reasonable discounts to businesses; demanding greater efficiency in fee-cutting measures to relieve the burden on market entities; and eyeing a strengthening of financial services to micro, small and midsize businesses, permitting local governments to issue special bonds in support of small and midsize banks in order to supplement capital funds and help businesses through challenging times.

In addition, governments at all levels still place great emphasis on employment issues, demanding more policies to help key groups of workers, and encouraging labor-intensive businesses to implement differentiated tax and fee and financial support policies to attract more employment. We look forward to seeing how these policies work in practice.

Currently, the biggest source of uncertainty is still the coronavirus. China has effectively controlled its outbreak, but the threat of a rebound in cases looms large. Covid-19 is still spreading worldwide, and imported infections continue to pose risks for China. In addition, its huge impact on the global economy continues to evolve.

For those reasons, our macroeconomic policies must be adaptable to changing circumstances. However, this doesn’t mean we should make adjustments at random. After half a year of fighting the epidemic, we must comprehensively evaluate the recently announced relief policies. Which of them have achieved their expected results, and which have fallen flat? If their effects are unclear, is it due to deficiencies in the policies themselves, or shortcomings in their implementation?

Our next policy adjustments hinge on the overall assessment of the coronavirus and China’s economic situation by the relevant government departments. Last month, Yi Gang, the head of the central bank, said that financial support policies during the response to the epidemic were designed to work phase by phase. He added that we must seek incentive compatibility when designing policy, avoid moral risks, and be alert to the “secondary complications” of policymaking. We must exercise moderation in the amount of support we give and consider in advance how to withdraw policy tools at the right time, he said.

Yi’s words sparked debate across the markets. Some believe it is still too early to discuss the issues he raised, as China’s economy is still recovering. In fact, the thrust of Yi’s comments are to do with the notion of moderation, and “considering things in advance” doesn’t mean these policies will be withdrawn immediately. We must not ignore the distortive effect of stimulus policies on resource allocation, and factor in its “ratchet effect” into our considerations.

In the final analysis, we are confident that China will keep its economic fundamentals stable because it possesses long-term advantages and growth potential, including ever-improving basic infrastructure, comprehensive industrial sectors, relatively abundant sources of labor, and the world’s largest market. More importantly, it has already set up a framework for a market economic system. This, ultimately, has been the source of the great flexibility China’s economy has displayed during the epidemic. We should note that these are the results of 40 years of reform and opening, a policy that we must continue to uphold with unswerving determination in the future.

Not long ago, policymakers proposed “making efforts to strengthen all links for production, allocation, circulation and production, gradually form a new development model driven by domestic and international cycles with domestic cycles at the heart, and cultivate international collaboration and new competitive advantages for China.”

Evidently, this proposal means to further use international and domestic markets and resources to open further to the outside world. The relatively positive export data from the first half of 2020 prove that this is the correct path to take. Amid the coronavirus’s continued spread and the deteriorating external political and economic environment, stressing the need for domestically driven growth is understandable. However, some people will read it as China severing its ties with the outside world. These kinds of misunderstandings can have negative effects, and the relevant departments should clarify what they mean in a timely manner. “Making efforts to strengthen all links for production, allocation, circulation and production” is clearly a demand to increase the efficiency of resource allocation in the Chinese economy, something that requires systemic reform to reduce transaction costs. Stabilizing public expectations of future reform and development is crucial for bringing people into a shared community of beliefs in solid economic fundamentals. In a sense, these are more important issues than short-term economic operations.

Compared with other economies battling the coronavirus and their dwindling prospects, China has reason to be proud of what it has achieved. But we must make no bones about our own shortcomings and the risks moving forward. Our strong long-term economic trend has not changed and will not change. This isn’t down to predetermined good luck, but we must still push forward with the “six stables” and “six guarantees,” adjust and improve epidemic relief policies at the right time, and more strongly promote reform and opening.