Looking for Revenue, TCL Industries Goes on the Hunt for Deals

By Peng Yanfeng and Anniek Bao 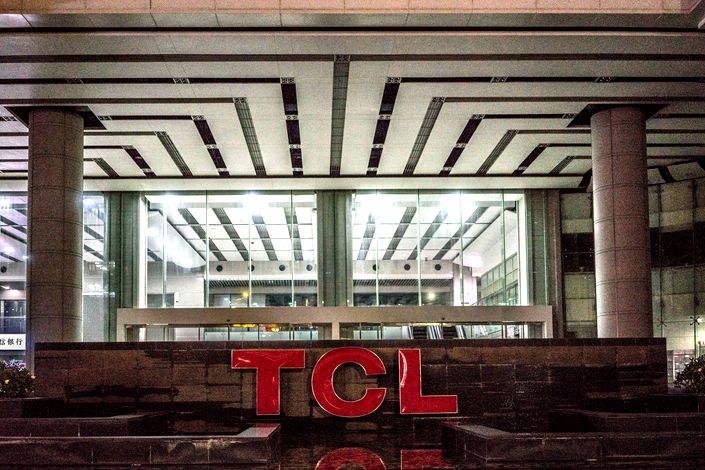 TCL's headquarters in Shenzhen on April 19.

A domestic and international shopping spree is in the works for Chinese smart device and white goods maker TCL Industries Holdings Inc., as it pursues breakneck revenue growth of 150% over the next four years.

TCL Industries CEO Kevin Wang said the company hopes to be raking in 200 billion yuan ($28.6 billion) in annual revenue by 2023.

With sales of some 80 billion last year, it will need to book annual revenue growth of at least 25% until then in order to do so. That may seem improbable after the company was hit hard by the coronavirus pandemic.

But at least one subsidiary, TCL Electronics, is on an upward trajectory after people turned to TV as an essential source of entertainment under broadening social distancing measures.

Meanwhile TCL Electronics also plans to sell its full stake in Moka International, which mostly engages in the original design and manufacturing of televisions, to TCL Industries for 2.5 billion yuan.

“These transactions will allow us to accelerate the implementation of an ‘AI x IoT’ (AI-powered, Internet of Things-enabled) strategy, with smart displays as the core,” Wang told Caixin.

Wang told Caixin foreign as well as domestic acquisitions are in the cards, but would not elaborate.

Wang left his role as senior vice president of TCL Industries’ parent company 18 months ago when the group spun it off as part of a major asset reorganization that also saw it acquire audio-visual service producer Tonly Electronics.

TCL Industries’ core business is the manufacture of so-called intelligent terminals, which include a variety of internet-connected devices, as well as a range of home and kitchen appliances including washing machines, refrigerators and air conditioners.