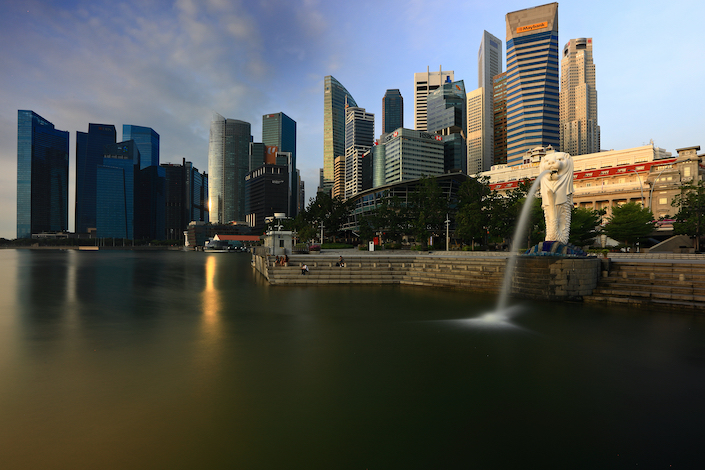 Amid the Covid-19 pandemic and increasingly tightened scrutiny on high-tech takeover deals by European and U.S. regulators, Chinese companies are turning to countries in the Belt and Road Initiative for cross-border acquisitions.

International deals in Europe and the U.S. by Chinese businesses decreased in the first half of this year while investment in Southeast Asian countries increased, said Alan Wang, a partner at law firm Freshfields Bruckhaus Deringer, citing data from China’s Ministry of Commerce.

More mergers and acquisitions are likely in the domestic market, while cross-border deals will continue to decline, said Robert Ashworth, partner and co-head of global M&A at Freshfields. It may take years, not months, for global deal-making to rebound to pre-pandemic levels, he said.

Chinese investors made nonfinancial direct investments in 159 countries and regions totaling $51.5 billion in the first half of 2020, down 0.7% year-on-year, data from the Ministry of Commerce shows.

Investment in countries and regions in the Belt and Road Initiative increased nearly 20% to $8.12 billion. The initiative is a global infrastructure development strategy adopted by China in 2013 to invest in almost 70 countries and international organizations. First-half investment in the 10 countries of the Association of Southeast Asian Nations (ASEAN) grew 53.1% to $ 6.23 billion.

The shift started in the second quarter, Ashworth said. Global mergers and acquisitions in the first quarter were still dominated by European and American companies. Due to Asia’s earlier recovery from the pandemic, merger deals there increased significantly in the second quarter, with China leading in the number of deals, the law firm said in a global M&A report.

The Chinese domestic M&A market is expected to continue to be active, benefiting from a number of positive factors, including China’s increasing openness in sectors such as finance and automobiles, Freshfields’ Wang said. The return of offshore-listed Chinese enterprises to domestic stock exchanges and the adoption of registration-based initial public offerings in China’s Nasdaq-style STAR Market and ChiNext are expected to stimulate asset reorganizations and M&A deals, Wang said.

But investment in Europe and the U.S. may face downward pressure because of those regions’ slow recovery from the pandemic and more cautious attitude toward Chinese buyers, Wang said.

The European Commission released a white paper June 17 on leveling the playing field on foreign subsidies. The white paper aims to remove foreign subsidies that can undermine competition in the EU. The ultimate legislation, though not expected to be enacted until the end of 2021, could directly affect Chinese businesses’ investment in the EU because any export financing, government guarantees and tax relief could be regarded as government subsidies and would be subject to stricter scrutiny, Wang said.