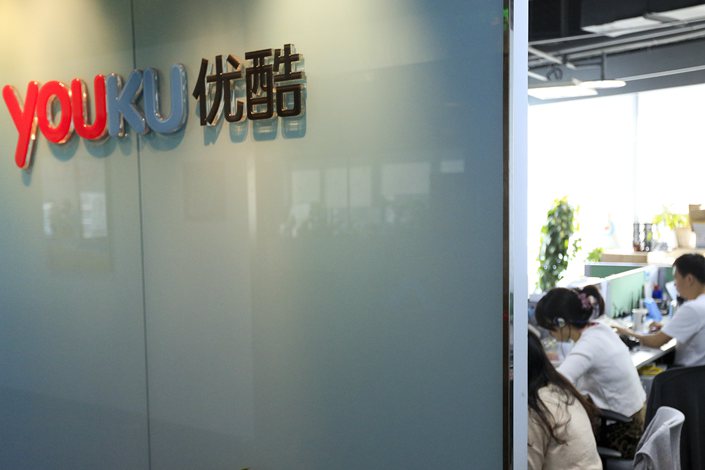 Alibaba-backed video streaming host Youku has established a sub-unit UTS that is focused on collectible toys and merchandise.

China’s answer to YouTube has taken the country’s collectible designer toy trend to the next level, launching a livestreamed variety show where celebrities hype and sell them.

The latest episode of Alibaba-backed video streaming host Youku’s “The Luckiest Guy,” which aired Tuesday, sold 10,000 of the collectible figurines in one minute after hitting the market, making 400,000 yuan ($57,000) in the first 30 seconds, according to the company.

The show has so far aired two episodes, with the premiere featuring Chinese pop star Kwin unboxing collectible toy sets for viewers who emptied the stock of three promoted items in one second.

The popular merchandising business is riding the wave of collectible designer toys gaining ground in the domestic market. The sector’s value surged from 6.3 billion yuan in 2015 to 20.7 billion in 2019, according to consultancy Frost & Sullivan, which predicted it will almost quadruple by 2024.

To further tap into the niche market, Youku established the sub-unit UTS (Youku Toy Show), which is focused on collectible toys and merchandise to leverage its stable of celebrity talent to promote them.

UTS has partnered with over 300 designer brands in China and overseas, including Ron English, JOOEE&JOONI, and SankToys to get intellectual property rights and source custom-made collectible merchandise.

“The Luckiest Guy” show is part of Youku’s focus this year of attracting a teenage audience, said Wang Shuang of Youku Entertainment Centre. The company’s core userbase was mostly born in the 1990s.

But it is not the only player in the field and has often been overshadowed by its top rival Pop Mart International Group Ltd., which has 8.5% of the market. The toymaker startup has evolved from a seller of other companies’ toys to being a developer and marketer of its own products. It filed for a Hong Kong IPO in June.

Pop Mart has more than 150 retail shops, 900 vending machines, and online channels on popular apps such as WeChat and Douyin and on Alibaba’s popular Tmall shopping platform.

“We have been eyeing this emerging sector since last year,” Su Wei, cofounder of Qingsong Fund told Caixin. “Despite its several physical store rollouts, we believe in its even greater potential to boom online.”