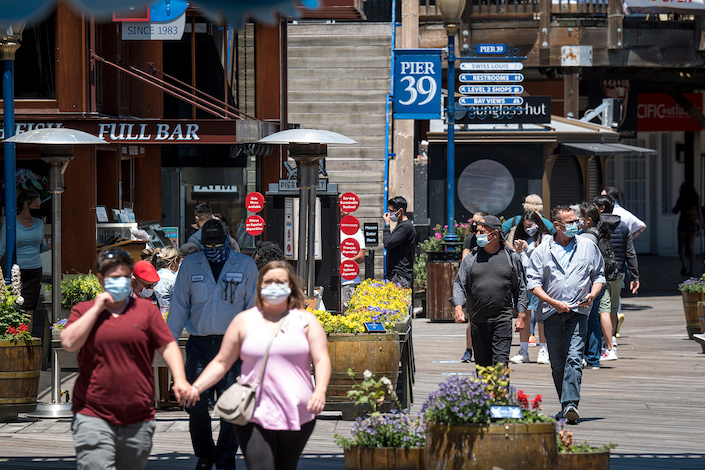 California placed the order, including 120 million N95 masks and 300 million surgical masks, to BYD, adding to the hundreds of millions the state already purchased from the Chinese company, according to Governor Gavin Newsom, a Democrat.

Newsom vowed to increase the state’s procurement of protective gear as California becomes a new epicenter of the outbreak in the U.S. On Wednesday, California overtook New York as the worst-hit state with 421,000 confirmed cases. Nationwide, the U.S. is approaching 4 million infections, according to Johns Hopkins data.

In April, Newsom announced a $1 billion mask purchase from BYD, including 300 million N95 masks and 100 million surgical masks. But the deal ran into trouble as BYD failed to secure federal certification for its N95 respirators until June. BYD refunded half of the state’s down payment for missing delivery deadlines.

As of Wednesday, BYD delivered 200 million surgical masks and 150 million N95 masks to California, according to the state government.

The new deal included a big discount compared with the previous one. California will pay $2.13 per N95 mask, compared with $3.30 each for the first batch. Each surgical mask will cost $0.20, less than half the previous $0.55 per unit, according to the contract published online.

It is unclear when the new orders will be delivered. It often takes 20 to 25 days for BYD to ship masks by sea from China to the U.S.

BYD, best known as a new-energy carmaker backed by billionaire investor Warren Buffett, is among many companies around the world that shifted production to medical supplies such as protective gear and disinfectants after coronavirus outbreaks created demand for the goods and cratered consumption of other products.

BYD first decided to produce masks at the end of January, and took seven days to develop the necessary machinery, the company said in a statement (link in Chinese).

In February, BYD Electronic Co. Ltd., a unit 66% owned by BYD, started mask production. As of May, the company’ daily mask production capacity surpassed 50 million with the ability to add as many as 3 million each day, company documents showed.

As China’s own outbreak eased the company shifted to exporting, with clients in the U.S., France, Italy and Japan, among others. Citic Securities Co. Ltd. estimated in May that BYD’s profits would get a sharp lift from mask exports. The business is expected to contribute more than 10 billion yuan ($1.4 billion) in revenue and 5 billion yuan in profits for the whole year, the brokerage said.

Meanwhile, BYD’s main car business is under pressure due to slumping demand created by both the pandemic and steep cuts to government subsidies for new-energy cars. The company’s net profit dropped 85% year-on-year in this year’s first quarter and 41.9% for all of 2019. Its new-energy vehicle sales fell for the first time in 2019, and the share of revenue from such cars fell to 31.4% of the company’s total for the year from 40% in 2018.