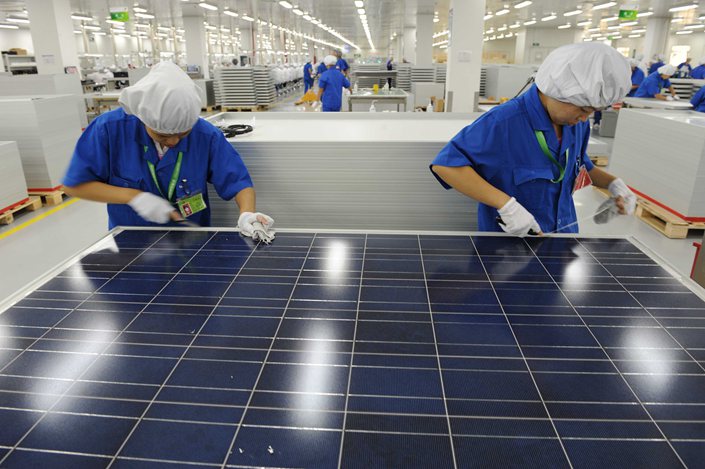 China’s top 10 solar firms accounted for three-quarters of total domestic solar cell production at the end of the first half of 2020, up from about 55% at the beginning of the year.

China’s solar industry is consolidating, with the top 10 photovoltaic companies by output increasing their share of the domestic market over the first half of 2020, according to a online conference held Tuesday by the China Photovoltaic Industry Association (CPIA).

The top 10 firms accounted for three-quarters of China’s total solar cell production, up from some 55% at the beginning of the year. They also accounted for 94% of silicon wafer output, and almost all production of the polysilicon used to make them.

The coronavirus fallout had only a limited impact on the country’s solar power industry, with manufacturers managing to maintain double-digit growth, vice chair of the association Wang Bohua said.

New installation of solar power in the first half of the year was about on par with last year, adding some 11.5 GW with an 0.88% uptick year-on-year.

But despite strong performance by Chinese photovoltaic manufacturers, the Covid-19 pandemic is depressing demand from abroad.

Exports of China’s solar power and related products shrank 10.1% in value in the first half of the year to $7.9 billion, according to the CPIA. European demand remained the strongest, making it the biggest consumer of Chinese photovoltaic products, accounting for some 40% of total exports.