Opinion: Cutting Hong Kong Off From Global Payment Network SWIFT Is Next to Impossible 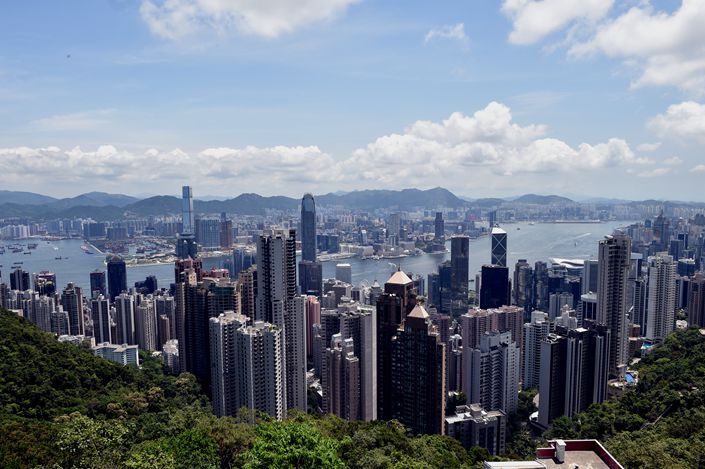 China has an economy second only to the U.S., and imports and exports the most goods, which makes it impractical for the U.S. to completely cut off economic interactions with China or implement a total blockade.

Wang Yongli, chief economist at pharmaceutical company Shenzhen Neptunus Group Co. Ltd., is a former executive vice president at Bank of China Ltd. and a former board member of SWIFT.

Recently it has been widely said that the U.S. may exclude Hong Kong from the Society for Worldwide Interbank Financial Telecommunication (SWIFT), a global financial messaging system, thus seriously hampering its international trade and financial activity.

However, it is highly unlikely for the U.S. to cut off Hong Kong as a whole from SWIFT, while the U.S. may be able to impose financial sanctions on some individuals or institutions in Hong Kong in the wake of Beijing’s implementation of a national security law in the city.

SWIFT provides a network that enables members, including banks and other financial institutions, in more than 200 countries to send and receive information about financial transactions. The Belgium-based nongovernmental organization has become the most significant infrastructure in the international payment system and played a key part in global trade and financial transactions.

The member-owned cooperative operates a multi-currency message processing system and is not ruled by the U.S. However, the U.S. dollar, as the world’s dominant currency in international transactions, plays the most important role in the system, giving the U.S. great influence over SWIFT.

The international payment and settlement system involves two parts that are closely linked and indispensable to each other. One is the local payment system by each country running its own currency, such as China’s Cross-Border Interbank Payment System (CIPS), which provides clearing and settlement services for cross-border yuan-denominated payments and trade. The other is global financial messaging shared by countries, such as SWIFT.

Each country can run its own payment and settlement system, but not SWIFT. Even if the U.S. is about to impose financial sanctions on individual or companies in other countries, its government would usually order domestic financial institutions to restrict transactions with them, suspending their access to its dollar payments system, before asking SWIFT to implement the sanctions.

The international payment and settlement system, including SWIFT, is designed to foster global economic activity. If the U.S. fails to block business ties and financial transactions with another country, it would be impossible for it to cut off dollar-denominated payments and settlements with the country or the country’s access to SWIFT.

China has an economy second only to the U.S., and imports and exports the most goods, which makes it impractical for the U.S. to completely cut off economic interactions with China or implement a total blockade.

The U.S. has vast economic, trade and financial interests in Hong Kong, which is currently one of the most important re-export centers and global financial hubs in Asia. Disconnecting Hong Kong from SWIFT would severely impact American companies in the city.

Further decoupling China from the U.S. could mean a “new cold war,” severely impacting global trade and the economy and posing a great threat to world peace. In addition, it will deeply impact the U.S. dollar’s global demand and influence, and possibly stimulate the establishment of a new international payment and settlement system to counter the current U.S. dollar-denominated one, hurting the U.S.’ own interests.