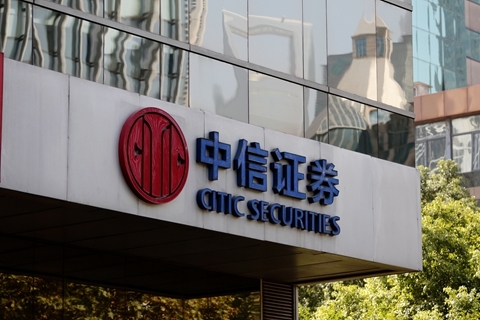 Leading brokerage Citic Securities Co. Ltd. said it plans to replenish the capital of its Hong Kong arm, whose main asset is global brokerage CLSA Ltd., with up to $1.5 billion to expand its international operations.

The company’s board agreed to Citic Securities International Co. Ltd.’s new funding, which will be carried out in steps starting with an initial round of up to $300 million, the parent said in a filing (link in Chinese) to the Shanghai Stock Exchange.

A source familiar with Citic Securities told Caixin that the parent will provide all funds for the replenishment, which will be used to expand the business of CLSA, an investment bank that is Citic Securities International’s main asset. The new funds would be used to help improve the Hong Kong company’s efficiency and enhance its balance sheet, the source said.

Founded in 1986 in Hong Kong, CLSA was acquired by Citic Securities International for about $1.25 billion in 2013. China’s leading brokerage hoped to use the company as a springboard for a global expansion to compete with big-name Wall Street and European brokerages for international investment banking deals.

But the acquisition has been plagued by internal conflict (link in Chinese) due to differences between corporate cultures and staff values. In response, Citic has tightened its control over CLSA and reshuffled its leadership amid mass departures from the company.

Citic Securities International has total paid-in capital of HK$6.5 billion ($840 million) according to Citic Securities’ 2019 annual report (link in Chinese). That means its capital could nearly tripled if the total amount of the replenishment is carried out.

The unit’s revenue reached 4.15 billion yuan ($592 million) in 2019. But it fell into the red that year with a net loss of 95.56 million yuan, after earning profits the previous two years.

Citic Securities is the largest brokerage on the Chinese mainland by total assets, revenue and net profit, according to 2019 data (link in Chinese) from the Securities Association of China. But it and its domestic peers are facing greater competition from overseas rivals as China allows foreign investment banks to take full ownership and controlling stakes of their China joint ventures.

Wei Yiyang contributed to this story