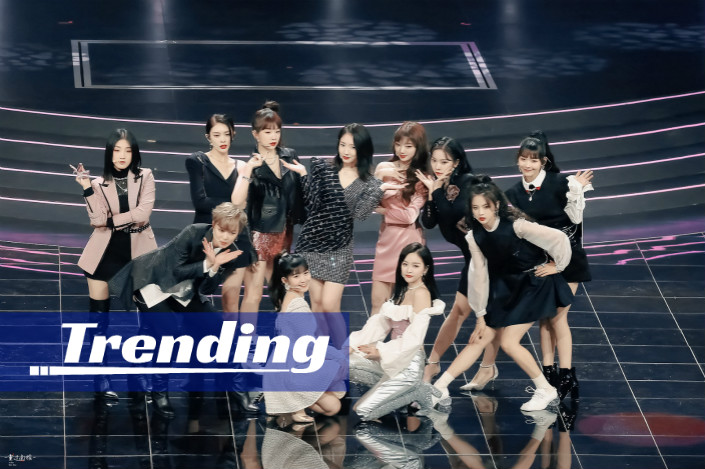 A post from Yamy, Chinese rapper and leader of the now-disbanded idol group Rocket Girls 101, went viral on Weibo last week. In the post, she described the “emotional abuse” and “humiliation” she endured for over two years at the hands of Xu Mingchao, her boss and CEO of JC Universe Entertainment Agency. To illustrate Xu’s verbal abuse, Yamy attached an audio recording of a company meeting that she did not attend. The viral post stirred up controversy about workplace bullying in the entertainment industry and beyond.

Yamy, who does not conform to China’s narrow standards for pop stars, rose to fame on the “Rap of China” and “Produce 101” TV shows. She wrote on Weibo that she has learned to use music to deal with harsh comments on her appearance, but her confidence “was completely shattered” by her boss Xu Mingchao, prompting her to terminate her contract with the agency.

At the secretly recorded meeting in April, Xu described Yamy as “extremely ugly,” “crazy,” and “dressed like a hedgehog” before criticizing her singing ability. He pressured colleagues to agree with him, saying “if I claim Yamy is prettier than you, I bet you’ll have a mental breakdown.”

Yamy’s story started trending immediately under the hashtag “Workplace PUA” on Weibo. PUA, or pick-up artistry, originally referred to manipulative practices used to attract sexual partners, but has since evolved in China to include emotional abuse in interpersonal relationships more broadly. A survey conducted by Zhilian Recruitment showed that over 60% of white-collar workers in China have suffered from workplace PUA or manipulation. Many respondents say their supervisors have made unrealistic promises to lure them in, exploited and belittled employees, and assigned them unreasonable tasks.

Xu replied to Yamy’s post with two of his own. The first was a letter that accused Yamy of “making a fuss just to end her contract” and hinted that he possessed information that could harm her reputation. The second post was titled “I’m Sorry! I’m the Middle-Aged Boss who Engaged in Workplace PUA!” in which Xu apologized to the pop stars and employees he might have offended in the past, explicitly excluding Yamy from the list.

Many people have argued that “in a sense, pop stars are commodities.” They claim that Xu might have been too harsh in his words, but ultimately he should not be slammed for trying to shape pop stars’ styles in order to maximize profit. Others have blamed Yamy and the person who secretly recorded the company meeting. “Their actions seem despicable to me. Who would work with them in the future knowing they record internal meetings?”

Other internet users said workplace PUA should be the main concern, not how the recording was obtained. Stars who previously worked with the entertainment agency in question voiced their support for Yamy and many people came forward with their own stories of workplace PUA. “In Xu’s post, I only see him threatening his subordinate. The fact that workplace PUA is common among many industries doesn’t justify Xu’s verbal abuse at all,” one user wrote.