By Anniek Bao and Liu Yanfei 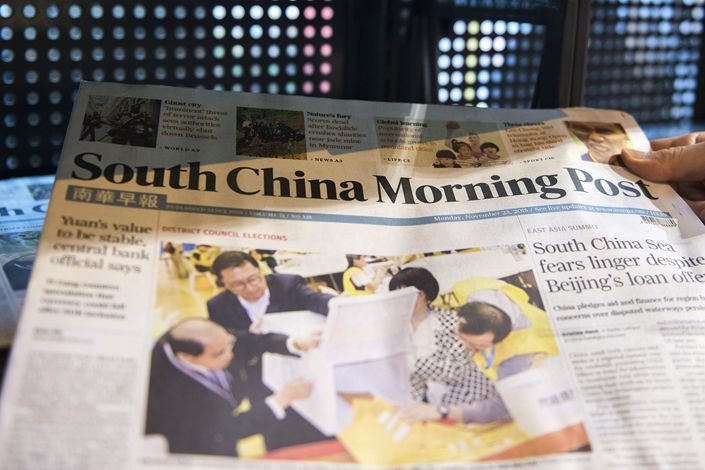 The Hong Kong-based South China Morning Post (SCMP) has announced it will put its paywall back up in August as it acknowledged it needs subscription payments amid the current decline in advertising.

The newspaper’s decision, announced Monday, reverses a 2016 move to take down its then-10-year-old paywall, following its acquisition by tech behemoth Alibaba Group Holding Ltd. At the time, Alibaba said it was removing the paywall to grow the paper’s readership.

Starting next month, the financial hub’s leading English language newspaper will roll out a metered paywall on its website and mobile app, Tammy Tam, the paper’s editor-in-chief, said in a letter to readers. Under the metered system, readers will be prompted with a message to choose from a range of payment options after reaching the monthly limit of free articles. SCMP has not announced how much subscriptions will cost.

In the letter, Tam explained that the paper could no longer support itself on ad sales. “Comprehensive reporting is costly and the century-old advertising model is no longer enough to sustain high-quality news,” she said in the letter.

The decision came in response to the tougher business environment facing the city’s news media industry, which has been reeling from the Covid-19 pandemic and months of political unrest as many locals protest Beijing’s tightening control over the former British colony.

Despite attracting more than 50 million readers worldwide, the paper’s largest source of revenue comes from business advertisers, who are now reconsidering their media presence in the city as they aggressively cut their advertising budgets. The newspaper’s revenue dropped by half in the first quarter, said CEO Gary Liu. “We are operating in a new normal,” he said.

The plunging ad revenues faced by free news outlets like the SCMP has prompted them to evolve into more sustainable businesses. Apple Daily, owned by Hong Kong media tycoon Jimmy Lai, fully converted to a subscription model in 2019.

SCMP’s decision follows a trend by global print media, in which more and more outlets are adopting paywalls as an important revenue source as internet giants like Google LLC and Facebook Inc. poach their ad sales business. Many major Western media outlets now charge for access to their articles, including The New York Times, The Wall Street Journal and the Financial Times.

At the end of 2015, Alibaba acquired the SCMP and other media assets of South China Morning Post Publishers Ltd. in a HK$2.1 billion ($335 million) deal. The following April, Alibaba decided to remove the paywall and give readers free access to SCMP’s news online, with the exception of some premium features exclusive to paid users.

The purchase raised concerns among some over the newspaper’s editorial independence as its control shifted from Malaysian tycoon Robert Kuok to Chinese mainland billionaire Jack Ma, because the paper often reported on issues considered sensitive by Beijing.