By Shi Jiayou and Liu Lianshi 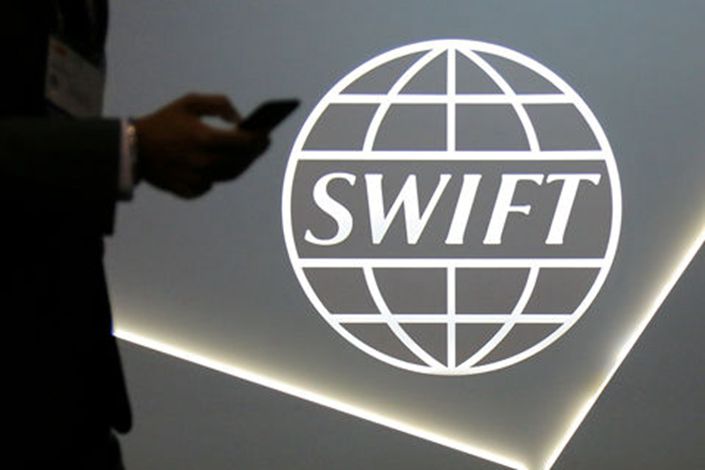 Member-owned cooperative SWIFT provides a network that enables members, including banks and other financial institutions, to send and receive information about financial transactions.

Shi Jiayou is a professor at the Law School of Renmin University of China. Liu Lianshi is a legal specialist at electronic components producer BOE Technology Group Co. Ltd.

The passing of the new sanctions bill will not necessarily result in the decoupling of Chinese financial institutions from the Society for Worldwide Interbank Financial Telecommunication (SWIFT), a global financial messaging system. Although some experts consider the decoupling “almost impossible,” SWIFT could still likely cut off affected financial institutions from its system based on either unilateral sanctions issued by certain countries or its own membership rules.

Based on past experience, SWIFT may deny financial institutions access to its system under two situations. One is to comply with statutory obligations. Headquartered in Belgium, SWIFT is subject to European Union (EU) law. If the EU passes financial sanctions legislation, SWIFT must kick out penalized institutions involved. In addition, although the U.S.’s unilateral sanctions bill is not directly binding for SWIFT, the cooperative may end up suspending financial services for sanctioned institutions to avoid potential severe penalties for violating U.S. law. Thus, legally speaking, there is a real risk that some Chinese financial institutions could be excluded from SWIFT.

The other situation is to implement SWIFT’s internal rules. For example, in March 2017, SWIFT excluded some banks in North Korea from its system. It considered providing financial messaging services to them as a violation of its membership guidelines, on account of the country’s nuclear program and missile tests.

Faced with the Hong Kong Autonomy Act, China should try to minimize any potential losses from financial sanctions listed in the bill. Major financial institutions must work with relevant parties to make contingency plans in case entities governed by the U.S. are prohibited from conducting transactions with them.

Chinese financial institutions and regulators should fully assess the potential risk of being cut off from SWIFT. Instead of blindly hoping for the best, China should plan ahead.

China should also strengthen comprehensive cooperation with the EU as it has authority over SWIFT. Such a union can serve as a key check on American unilateralism. It is necessary for China to work with the EU to prevent the U.S. from doing more damage to the multilateral order.