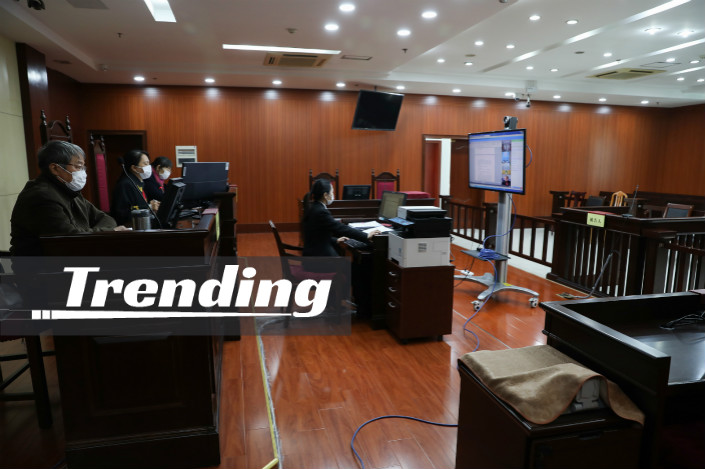 In August 2019, a woman in Henan surnamed Liu jumped from a second-story window to allegedly escape domestic violence, becoming paralyzed in the act but still stuck in her relationship after a local court denied her divorce petition. Now she is trying for a second time to leave her husband. The case has drawn the attention of media and millions of people seeking to pressure the court to grant the divorce this time.

In an interview with the Xiaoxiang Morning Herald, Liu detailed her husband’s history of alleged abuse that began with disputes about his gambling. Last summer, she said the violence escalated to a point where the husband beat her and took her phone. Seeking to get away, she leapt from the window to escape. During Liu’s hospitalization, she said her husband sent death threats to her family to deter her from notifying the police.

The court denied Liu’s petition for divorce due to her husband’s unwillingness, and because the claims of domestic violence could not be verified without a criminal complaint. Local police decided not to file such a complaint after determining that Liu’s injuries were the result of an attempted suicide and not her husband’s beatings.

Liu’s story is touching a national nerve as she files for divorce a second time. Her story, as well as footage of a man abusing a woman, labeled online as Liu and her husband, as well as her jump, garnered over 1 billion views on Weibo. Targeted by public outcry, the local prosecutor has now charged the husband with assault.

China’s divorce rate rose to 3.2 for every 1,000 people in 2018, while the marriage rate has fallen, according to Caijing. However, getting a divorce continues to be difficult in some regions as local courts are reluctant to approve divorce petitions, citing traditional family values. In May, the national legislature passed the nation’s first civil code, effective from next year. A mandatory month-long “cooling-off period” for divorce filings, aimed at discouraging impulsive decisions, has been criticized for prolonging the suffering of those in failed marriages, especially victims of domestic violence whose safety is at risk.

Some people questioned the legal process that divorce petitions have to undergo. “It’s pathetic that divorce can only be attained after a social media backlash and extreme methods such as jumping out of a window,” one user wrote. “Who do our marriage laws really protect?”

Still others say that the cooling-off period, soon to go into effect, will only exacerbate the problem. “The new requirement aims to address China’s soaring divorce rate, but it will only discourage more people from getting married,” one person wrote.