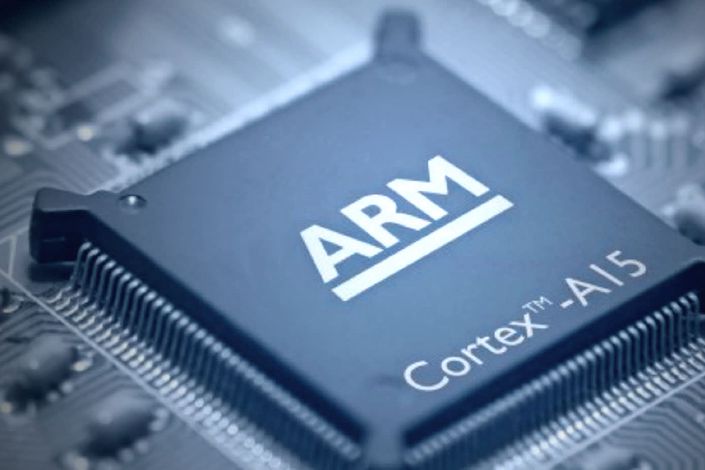 Arm China, which plays a strategic role in Beijing’s attempt to build a self-reliant semiconductor industry, has been locked in a bitter fight with Arm over the management of the Chinese unit since the end of May. Photo: Nikkei Asian Review

(Nikkei Asian Review) — Arm China has called on the Chinese government to step in and “protect” the chip designer from its parent, Softbank-controlled British chip designer Arm Limited, adding an explicitly political dimension to the ongoing dispute between the two companies.

In a statement released on Tuesday and signed by over 200 of its employees, Arm China said it “is a Chinese-controlled joint venture that should abide by the Chinese laws and fulfill the social responsibility in China. We plead with the government to pay attention to the turbulence Arm China is facing now, and intervene to protect this strategic asset.” The statement was posted on the company’s official WeChat account.

The Chinese unit also posted the same statement on its official Weibo account, tagging the accounts of dozens of governments, local courts, police authorities and state-backed media, including China’s top economic policy planner as well as the Shenzhen Municipal Public Security Bureau and the Shanghai Municipal Development and Reform Commission.

Arm China, which plays a strategic role in Beijing’s attempt to build a self-reliant semiconductor industry, has been locked in a bitter fight with Arm over the management of the Chinese unit since the end of May.

The statement further accuses Arm and Hopu Investment Management, one of Arm China’s investors, of “harassing” its employees and coercing clients in an attempt to replace Arm China’s chairman.

This latest development comes as Arm’s parent, SoftBank, is exploring the sale or relisting of the British chip designer as the Japanese company looks to shore up its own troubled finances. SoftBank bought the Cambridge-based company for $32 billion in 2016. Two year later, it sold a 51% of stake in the China unit to Beijing-backed investors, and allowed the Chinese unit to take over all of Arm’s licenses, royalty business, marketing and customer support in China. SoftBank has stayed quiet about the recent clashes between the two Arms.

Arm China’s decision to call on Beijing to intervene, however, could further politicize the dispute and raise the stakes for both Arm and SoftBank.

Arm’s No. 1 customer in China is Huawei, the technology group at the center of a U.S. crackdown over security concerns. This relationship has put Arm in an awkward position as tensions between the two countries heats up. Although Arm is based in the U.K., it has thousands of employees and significant research and development capabilities in the U.S.

Arm temporarily suspended its service to Huawei last year after the Chinese tech giant was blacklisted by Washington. More recently, the U.K. government made a policy U-turn this month and decided to block Huawei from its next generation 5G network. It further demanded all carriers remove the company’s gear from existing networks by 2027.

Arm’s intellectual property dominates the world’s mobile chips and is essential to the most prominent users and manufacturers of chips, including Apple, Qualcomm, Samsung, Huawei, Taiwan Semiconductor Manufacturing Co. and MediaTek.

In its statement, Arm China stressed its importance to both Arm and Beijing. The unit said its revenue grew more than 50% in 2019 and it already accounts for as much as 27% of Arm’s total licensing business globally.

“Arm China is devoted to empowering the foundation of China’s semiconductor industry. This joint venture plays a strategic role in China’s chip industry in the past two years amid the dynamics of the international chip competition landscape,” it added.

Arm China added that given the complicated international dynamics and SoftBank’s apparent desire to sell Arm, it hoped shareholders would realize that the dispute will only hurt Arm’s reputation in China and adversely impact the joint venture’s long-term development.

The British company was not immediately available to respond to Nikkei Asian Review’s request for comments. On June 15, Arm told Nikkei that: “We continue to have confidence in Arm China’s progress and vision operating as an independent company, as well as strong conviction in Arm’s continuous commitment to the China market.”

Nikkei also reached out to several of Hopu’s executives but did not receive any responses as of publication time.