By Wen Simin and Ingrid Luan 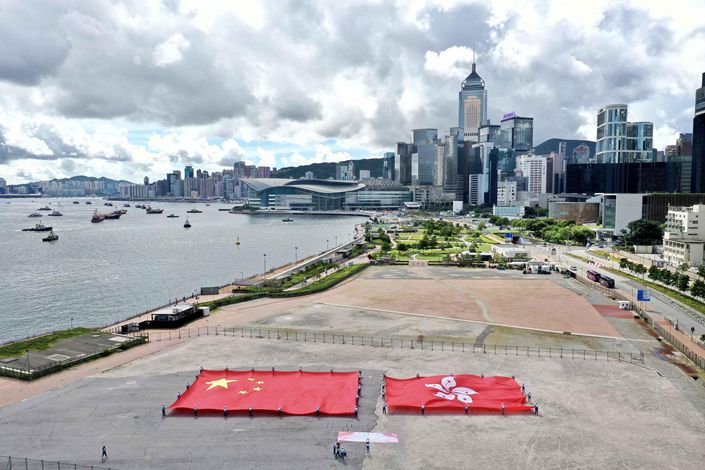 China’s foreign ministry has announced that it had suspended Hong Kong’s extradition and mutual legal assistance treaties with Britain, Australia and Canada.

China’s foreign ministry announced on Tuesday that it had suspended Hong Kong’s extradition and mutual legal assistance treaties with Britain, Australia and Canada, in an apparent retaliation to the three countries’ previous decisions to halt extraditions to the special administrative region.

The three countries along with New Zealand have all halted extraditions to Hong Kong since early July, citing concerns over Beijing’s sweeping national security law enacted for the territory.

Hong Kong legislator and former Secretary for Security Regina Ip Lau Suk-yee told Caixin on Tuesday that Beijing’s order to suspend crime-related assistance agreements was a strong countermeasure and would deal a heavy blow to the West.

She pointed out that mutual legal assistance treaties, which Britain, Australia and Canada had not suspended, mattered more for those countries than extradition deals, as Hong Kong had helped the West combat serious crimes such as money laundering and cutting off terrorist funding under mutual legal assistance deals over the years.

She also added that the unilateral suspension of extradition treaties by the three countries was an “unjustified sanction,” because the crimes covered by extradition treaties — such as murder, rape and white-collar crime — do not include those covered by the newly-imposed security law, which penalizes secession, subversion, terrorism and collusion with other foreign countries with terms up to life in prison.

On Tuesday, New Zealand became the latest country to suspend its extradition treaty with Hong Kong, following the lead of other Five Eyes intelligence alliance members Britain, Australia and Canada. The United States, as the last member of the Five Eyes not to suspend its Hong Kong extradition treaty, is also reportedly preparing to do so, according to Foreign Policy magazine.

He also accused Britain, Australia and Canada of “gross interference” in China’s domestic affairs and of making a “grave violation of international law and basic norms of international relations.”

The Hong Kong government followed with its own statement, saying that Canada, Australia and Britain’s decisions “smack of political manipulation and double standards.” It defended Beijing’s security law, saying: “It is an international practice to safeguard national security through enactment of laws.”

According to data released by the Hong Kong Security Bureau in 2018, 34 fugitives were extradited over the last decade. The extradition and mutual criminal assistance agreements will be terminated three months after either party informs the other of the suspension.

Hong Kong has signed extradition agreements with 20 countries, including the Czech Republic, Finland, Germany, India, Indonesia, Ireland, South Korea, Malaysia, the Netherlands, the Philippines, Portugal, Singapore, South Africa, Sri Lanka and the Five Eyes alliance, as well as one pending with France that has not yet taken effect.