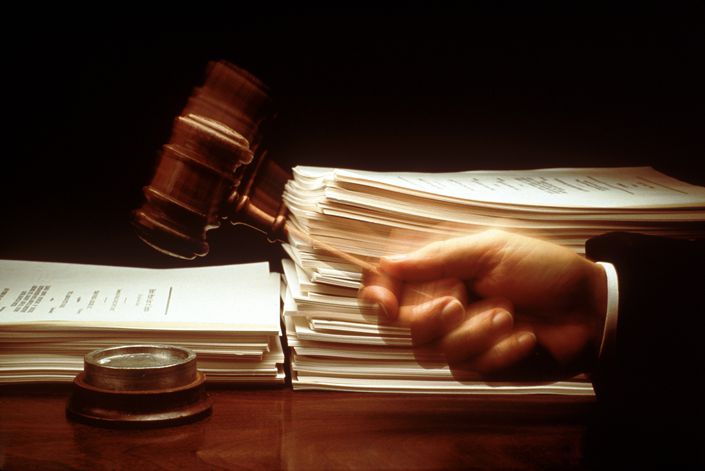 Experts said the scandal illustrates the lax attitudes of some Chinese lawyers in obtaining materials relevant to cases and the courts’ high dependence on attorneys to help guide judgments.

Chinese judicial authorities are in the eye of a social media storm after courts in at least seven provincial-level regions were found to have cited a seemingly nonexistent legal document in their rulings.

Decisions issued by courts in Sichuan, Fujian, Hubei, Anhui, Heilongjiang and Jilin provinces, as well as the Tibet autonomous region, have all quoted the text over a period stretching back to at least 2017. It purports to contain guidelines from the Supreme People’s Court for handling civil disputes involving criminal offenses.

However, a version of the document circulating online appears to be a set of recommendations issued in 2007 by the Shanghai High People’s Court and subsequently altered to bear the name of China’s highest judicial authority instead. The original document (link in Chinese) would carry no legal authority outside Shanghai’s jurisdiction.

Chinese social media platforms have been abuzz in recent days after a widely shared WeChat post claimed that the purported Supreme People’s Court guidelines were mislabeled.

Further research by Caixin buttressed that theory. The version circulating online does not feature the serial numbers typically used by Chinese authorities to classify legal documents nor does it appear in two major legal databases, seeding doubts about its authenticity.

Nonetheless, courts in other parts of the country have cited the text as a basis for ordering retrials. In a 2018 case (link in Chinese), the high court in Northeast China’s Jilin threw out an original ruling and ordered the rerun of a multiparty contract dispute in accordance with the recommendations.

These court decisions were carried out even though Supreme People’s Court Judge Liu Chongli dismissed the use of the guidelines in two cases (links in Chinese) from 2017 and 2018 on the grounds that they had no legal basis in China’s highest court.

Experts said the scandal illustrates the lax attitudes of some Chinese lawyers in obtaining materials relevant to cases and the courts’ high dependence on attorneys to help guide judgments.

Ge Ang, a lawyer at Yingke Law Firm in Shanghai, said some legal professionals source materials on Baidu, a free-to-use search giant known to sometimes return unreliable results, instead of retrieving the right laws and regulations via paid search engines that link to specialized databases.

Chinese courts compound the problem by relying too heavily on lawyers to provide the relevant legal provisions and precedents, causing a vicious cycle, Ge said. “Lawyers use the wrong provisions, and then courts write them into judgments that other lawyers use in cases further down the line.”