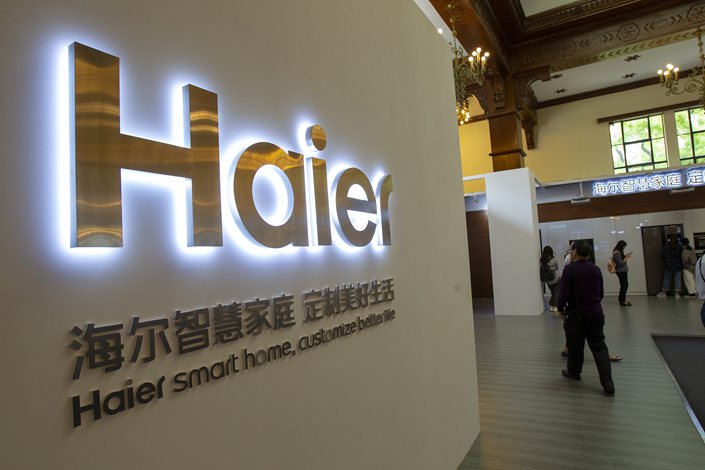 COSMOPlat was created in 2017 as a subsidiary of Haier Smart Home and included businesses providing technology to automate manufacturing processes.

COSMOPlat, an industrial internet platform developed by Haier Group, has inched a step closer to a potential public listing after the Chinese home-appliance giant announced a change to the unit’s shareholding structure.

If the restructuring results in a listing as many expect, COSMOPlat will become Haier Group’s fifth publicly listed units in addition to one listed in Hong Kong, and three on the Chinese mainland.

On Thursday, Haier Smart Home Co. Ltd., the group’s Shanghai-listed unit whose business mainly includes selling white goods products such as refrigerators, announced (link in Chinese) it would sell a 54.5% stake for 4 billion yuan ($571 million) to an investment company linked to Haier Group.

After the deal, Haier Smart Home will still retain 18.75% of COSMOPlat, but will no longer incorporate the unit’s businesses into its financial reporting, according to the statement. COSMOPlat was created in 2017 as a subsidiary of Haier Smart Home and included businesses providing technology to automate manufacturing processes. Haier Smart Home has since late last year introduced outside investors to fund the unit’s development.

Haier Group’s widely-speculated plan for targeting a listing of COSMOPlat mirrored a similar plan by its biggest rival, Midea Group, which is now in the process of spinning off its optoelectronics unit called Meizhi Guangdian.

Midea plans to list the unit on China’s Nasdaq-style STAR Market in Shanghai.

Haier Group has never commented on the market speculation about its potential plan to list COSMOPlat. But in 2019, the subsidiary reported profit of 237 million yuan on revenues of 20 billion yuan, contributing 3% and 7% respectively for the year to Haier Smart Home in profit and revenues.