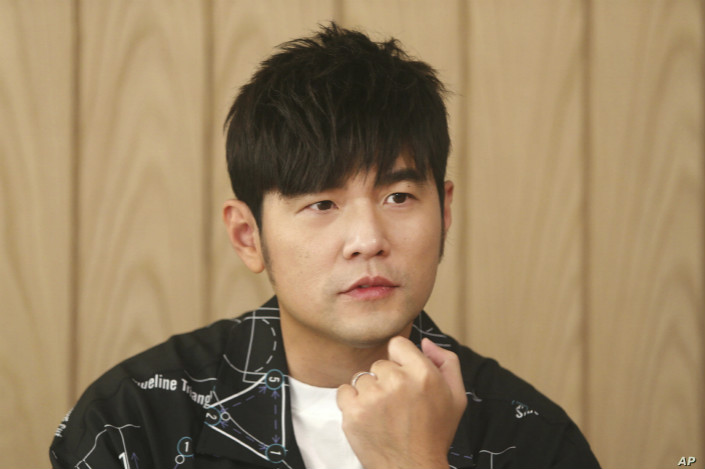 When Chou first opened his Kuaishou account, he promised to perform magic tricks live once the number of followers reached 10 million. He fulfilled his promise on Sunday, joined by several celebrity friends. He also responded to real-time comments and received over 20 million yuan ($2.86 million) in virtual gifts, all of which will be donated to charity, according to Chou’s channel.

Previously, Kuaishou signed a copyright deal with JVR Music, Chou’s record label and artist management agency, to use all of the singer’s songs and music videos. Kuaishou users may incorporate 170 of Chou’s music clips into their own short videos, which the company says sets an example for short video platforms seeking to acquire copyright permission from artists.

Although Kuaishou did not disclose how much it has spent on securing and promoting the collaboration with Chou, news platform 36Kr estimates it to be a sizeable amount based on interviews with industry insiders. Updates from Chou’s channel were always featured prominently on Kuaishou’s homepage and numerous livestreams used links to direct users to his account on the day of the magic show. Organized fans also paid to have advertisements of Chou’s livestream appear on digital billboards at landmarks in eight major cities including Beijing, Shanghai and Guangzhou.

Kuaishou’s livestreamers, the majority of whom live in second-tier cities and rural areas, number over 170 million, according to a report released last week by the company, which is sometimes seen as being one step behind competitors in exploring collaborations with celebrities. A study from entertainment data aggregator FUNJI shows that 2,533 verified artists and celebrities had accounts on Douyin, the domestic version of TikTok and Kuaishou’s rival, as of June 28. For Kuaishou, the number is estimated to be less than 100, although it has been trying to expand on this front. Partnerships with celebrities like Chou could open up new opportunities for Kuaishou in livestreaming, e-commerce, and music promotion.

From its initial announcement to post-show recap, Chou’s livestream has been consistently trending on Weibo. Many people have described Chou’s collaboration with Kuaishou as a win-win situation. “Chou’s livestream could help Kuaishou take its commercial potential to the next level,” one user wrote. “More celebrities will realize that the app can help them boost their influence and commercial value.”

At the same time, netizens are divided over the viewership statistics published by Kuaishou. Some people doubt the numbers, while others believe they reflect the enormous popularity that celebrities can bring to video-sharing apps. Regardless of the exact viewership, Chou’s livestream has surely boosted Kuaishou’s user base as fans of all ages flocked to the app.