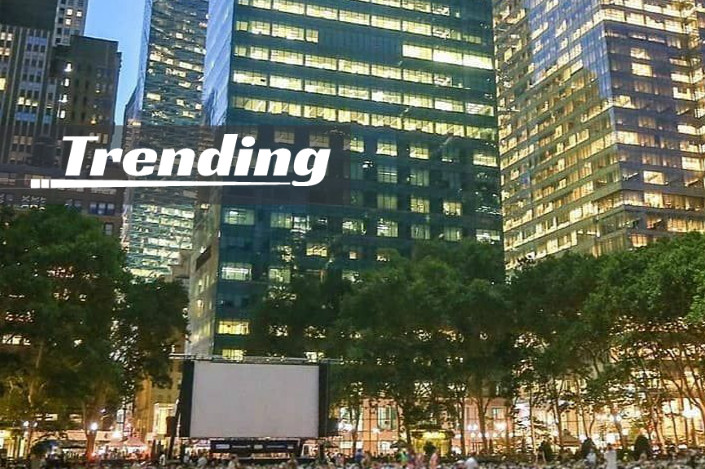 Movie lovers in Shanghai are reliving childhood memories by attending outdoor screenings free of charge this summer. The 23rd Shanghai International Film Festival (SIFF) which opened last weekend, is one of the largest in East Asia, and has shifted outdoors as the city hosts around 150 screenings in major commercial areas and community centers.

After this year’s pandemic-induced six-month closure put immense pressure on China’s film industry, many regions received the go-ahead to reopen theaters starting July 20. However, the good news came with numerous restrictions, such as the requirement to operate at below 30% capacity. Meantime, new movies are also in short supply, following the cancelation and delay of theatrical releases and movie production.

To support the film industry’s recovery, SIFF has turned to outdoor screenings and reruns. The lineup features high-quality restorations of classic Chinese films such as “Big Li, Young Li, and Old Li” from 1962, modern Chinese box-office successes including “Detective Chinatown” and “Dying to Survive,” as well as award-winning foreign films like “Green Book.” SIFF officials say they are moved that film professionals have granted permission so enthusiastically.

Viewers at the up to 100-seat venues will have to abide by social distancing measures and remain masked throughout. Photos published by news outlet thepaper.cn show viewers of all ages, including older attendees at the classic reruns, and pedestrians on the sidelines.

“Back in the days, we would bring our own stools and sit on the grass. I’m glad to see that circumstances have improved now,” a middle-aged man reminisced in an interview with state broadcaster CCTV, pointing to the chairs, rain canopies, and big screens. “It feels very retro,” another movie fan said. Some particularly excited moviegoers reserved multiple tickets and dressed up to see their first movie in months.

Industry professionals have praised festival organizers for their adaptability. At the opening ceremony of an outdoor cinema, Xu Zheng, a movie producer and actor who starred in the Chinese blockbuster “Dying to Survive,” thanked SIFF on behalf of movie fans for “bringing movies back to us.”