China Is Buying Up Chips Before Hong Kong Route Shuts 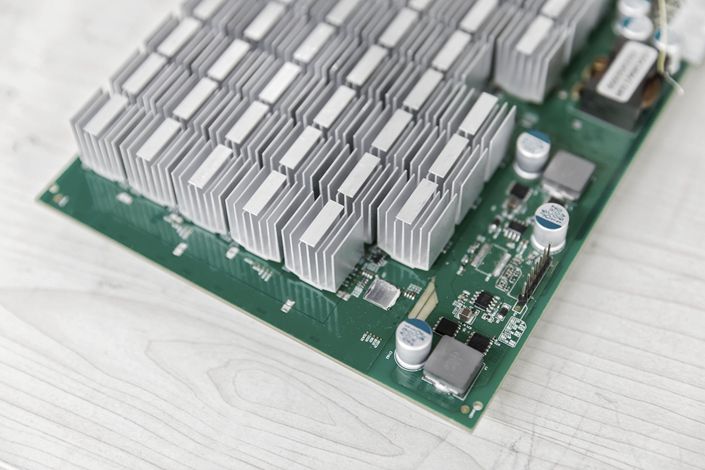 Employees work in the R&D department at Bitmain's head quarters in Beijing on Aug. 10, 2017. Photographer: Bloomberg

(Bloomberg) — Chinese importers of computing chips are ramping up their purchases of equipment through Hong Kong, in the expectation that U.S. sanctions on the territory will soon make the trade much harder.

Re-exports of semiconductors through Hong Kong to the mainland jumped by 11% in the first half of the year from the same period in 2019, almost double the increase in total chip purchases, according to Bloomberg calculations using official data. Re-exports rose by 21% in June alone. The Hong Kong trade represents more than 38% of China’s total chip imports on average.

In the wake of Beijing’s imposition of a national security law on the Asian financial hub, the U.S. government has revoked the special trading status that eased commerce in sensitive goods including some computer chips. For buyers like Huawei Technologies Co., Xiaomi Corp. or Lenovo Group, a worst-case scenario would entail severe supply bottlenecks.

“Chinese customers are willing to buy more before the actual effective day of the sanction,” according to Victor Choi, chairman of Hong Kong Electronics & Technologies Association, who estimates there are 300 or so firms which specialize in the trade. “They are placing more orders for those items than before.”

Huawei has sought to reassure customers that its chip supply remains intact despite growing U.S. restrictions. China’s largest tech company has stockpiled enough inventory to tide them over short-term disruptions, even as it rapidly accelerates in-house development of alternatives to American silicon. But Washington’s sanctions mean that cache may eventually run out.

Chinese firms have in general been hoarding chips for fear of further supply chain shocks, and the Hong Kong pipeline is a key source, based on the data.

Hong Kong has long served as a tech conduit to China partly due to its low-tax status and open financial system. The special trading status also meant firms there were more likely to get export licenses than buyers across the border.

Broader U.S. sanctions on Hong Kong and China will shift the semiconductor warehousing business out of Hong Kong to a different Asian trans-shipment hub in a worst-case scenario, said Rory Green, an economist at TS Lombard. Yet, “the result for China tech industry is higher fees reflecting greater transaction costs but not a death blow.”

Choi also noted that some trading companies in Hong Kong are thinking about setting up new sales offices in India, Vietnam or Cambodia to continue selling to Chinese customers. The costs will go up with such relocations, he said.

The new rules could be “a key bottleneck for China,” according to Natixis economists Alicia Garcia Herrero and Gary Ng. “An important risk to watch is whether Hong Kong’s new status with the U.S.” will encourage American allies to follow suit.