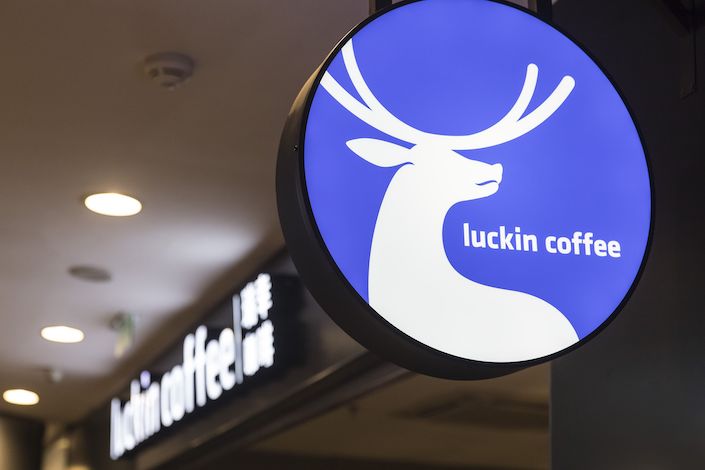 An official investigation by China’s Ministry of Finance confirmed that Luckin Coffee fabricated $304 million of sales.

Chinese regulators will impose penalties on Luckin Coffee Inc. after an official investigation confirmed that the coffee chain fabricated hundreds of millions of dollars in sales.

The Ministry of Finance concluded a three-month investigation into Luckin Coffee, its affiliates and 23 financial institutions involved in the fraud, the ministry said Friday. The probe found that Luckin inflated revenue by 2.12 billion yuan ($304 million) from April 2019 to the end of last year, while it inflated costs by 1.2 billion yuan and profits by 908 million yuan.

The results were largely in line with what the coffee chain disclosed following an internal independent investigation by a special committee. The panel found that the company inflated 2019 sales by 2.12 billion yuan and expenses by 1.34 billion yuan.

The ministry said it would impose administrative penalties on Luckin’s main operators, without giving further details.

The State Administration for Market Regulation also plans to take action against the two domestic entities of Luckin and related third-party companies that helped Luckin with violations, the agency said in a separate statement. The regulator also didn’t specify penalties.

The findings are another blow for the coffee chain, once seen as an upstart rival to Starbucks Inc. Though its stores are still operating, the scandal has led to a delisting from the Nasdaq stock exchange and the ouster of a slew of executives and employees, including former Chief Executive Officer Qian Zhiya, former Chief Operating Officer Liu Jian and former Chairman Lu Zhengyao, also known as Charles Lu.

Lu is also likely to face criminal charges in China after authorities discovered emails in which he instructed colleagues to commit fraud, Caixin previously learned from a source close to domestic regulators.

Although Luckin, which is registered in the Cayman Islands, is not directly subject to the China Securities Regulatory Commission’s oversight, China’s new Securities Law empowered the securities watchdog to regulate such a company as its operating assets are all in the country, the source close to regulators said.