Editorial: China’s Fiscal Measures Are Helping the Virus-Battered Economy, but They Could Be Better 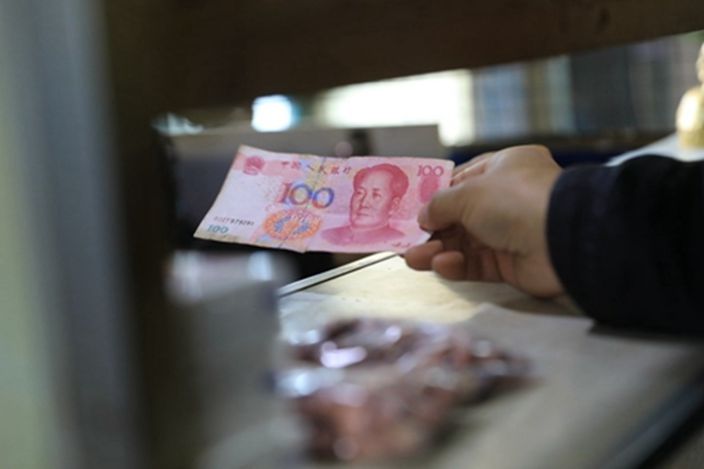 China has laid out its economic plans for the second half of the year. At a July 30 meeting of the Politburo, senior officials said the country “must ensure the effectiveness of macroeconomic policy,” make fiscal policy “more active and focused on concrete results,” and make monetary policy “more flexible, measured and targeted.

The Politburo’s message also mentioned that China must achieve its annual socioeconomic development targets amid “normalized” efforts to contain the coronavirus epidemic, but its comments on fiscal measures were the most pertinent. To deliver on them, we must make key reforms to ease the strain on businesses and individuals, strongly encourage the dynamism of market entities, optimize fiscal payment structures, and assist the marketization of productive forces. Only then will we stabilize employment and consumer spending.

China’s economy has performed better than expected under the impact of Covid-19. This is undoubtedly favorable for timely and strong macroeconomic policies. The central government has notably raised the budget deficit and issued coronavirus special bonds, while the lower levels of the state have announced a variety of tax and fee cuts and social insurance savings.

These comparatively simple measures have yielded direct results. Public budget revenues generally collapsed in the first half of 2020, which is driven by the severe economic impact of the pandemic, as well as a result of the tax and fee cuts.

In recent days, the Ministry of Finance has issued a notice requiring officials to strengthen the management of fee refunds and ensure that all fees that should be refunded are paid back. This is a shot in the arm for businesses. To further support and stabilize employment, China’s tax authorities recently published a notice further lightening the burden on postgraduates, interns and first-time hires. These praiseworthy measures are a manifestation of an active fiscal policy, and are becoming increasingly detailed and targeted.

In the first six months of the year, fiscal expenditure was slower than 2019. This is due to the fact that the initial coronavirus outbreak virtually brought the economy to a standstill and local governments saw plummeting fiscal revenues. Since the flurry of bond issuances and the rapid transfer of funds to lower government levels, localities have seen an improvement in their basic fiscal health. There is optimism about the space for fiscal policy in the second half of the year.

The scale of fiscal expenditure is not as important as where the money is deployed and how the payments are structured. One yardstick for judging the effectiveness of fiscal policy is the extent to which it stimulates business vitality. If companies are struggling to survive, employment will suffer, and incomes and consumption will lose steam.

Many businesses and individual traders have suffered immensely through the outbreak, with some even going bankrupt. In particular, the restaurant, accommodation and tourism sectors, which rely heavily on person-to-person interaction, have taken a huge hit. The priority for China’s fiscal policymakers is to properly implement relief measures for such businesses by continuing to cut taxes, fees, rent and interest, and ensuring that all relief methods help market entities at the lowest levels of the economy.

We must also strengthen financial support for market entities and effectively ease the difficulties that many businesses, especially micro, small and midsize ones, face when trying to raise funds. The epidemic has sharpened a number of tricky questions that have long stalked China’s economy, and we need to take stronger measures to resolve them.

Businesses are the foundation of employment, which in turn forms the basis of people’s livelihoods. China’s employment situation rode out a turbulent first half of 2020. Recently, the State Council, China’s cabinet, announced new policies to help migrant workers find work or set up businesses.

To secure employment in the back end of the year, we must not only direct more subsidies, tax and fee cuts and guarantees toward micro, small and midsize businesses and individual traders, but also increase support and training payments for the unemployed and jobseekers, as well as providing distressed groups with living subsidies. The key to judging the effectiveness of fiscal policy is whether we can accurately identify the people and businesses that most need help.

Making fiscal policy more active and focusing on concrete results is a major task, so it’s worth paying particular attention to the two aspects outlined below.

First, we must make tax and fee cuts more targeted and efficient. Unlike developed economies, which have given citizens direct payments and cash vouchers, China’s fiscal policy in response to the pandemic has tilted more toward businesses. Although this is based on the country’s needs, we must avoid taking a lopsided approach.

The fact that fiscal income shrunk while individual income tax increased year-on-year during the first half of 2020 is a bad sign for citizens’ incomes and stable consumption. We might consider further improvements to the income tax system, in particular a reduction of the top tax bracket, mobilizing the activities of research and development personnel, and simultaneously continuing to promote value-added tax reform. Proposing a solution for the tens of billions of yuan held in that system will help businesses with strong potential to transition and upgrade in the fields of personnel and capital.

Next, we must optimize fiscal payment structures. While China rolls out an increase in the value of special coronavirus bonds from 2.15 trillion yuan ($308.2 billion) to 3.75 trillion yuan, the central government has allocated extra 2 trillion yuan in direct capital transfers and permitted localities to use another large amount on infrastructure, whose scope is similar to special bonds.

Controversy over infrastructure saturation and lack of use has rumbled on in China for years. Many scholars believe central funds should be more broadly spent on rescuing businesses and low-income groups, thereby embracing the aim to protect market entities, citizen employment and basic livelihoods. This suggestion is worth emphasizing.

At the turn of the century, China’s government vowed to transform the core of fiscal expenditure from economic construction to public services. If we had a more rational payment structure for improving livelihoods over several years, and could accurately identify and support the people most in need of rescue, we would have mitigated the impact of the coronavirus on our economy more effectively. We should use this crisis as an opportunity to improve our fiscal payment structures and establish relevant identification and support mechanisms.

Currently, China’s economy is getting back on its feet, but the situation remains complicated and precarious, with many looming internal and external threats. In the second half of the year, fiscal policy will have to become more active, but its effectiveness will be closely tied to systemic and mechanistic elements like the relationships between central and local government, finance and tax reforms, industrial structures and ownership systems. The Politburo’s recent reiteration that we must “continue to take supply-side structural reform as the main theme” contains a healthy dose of realism.