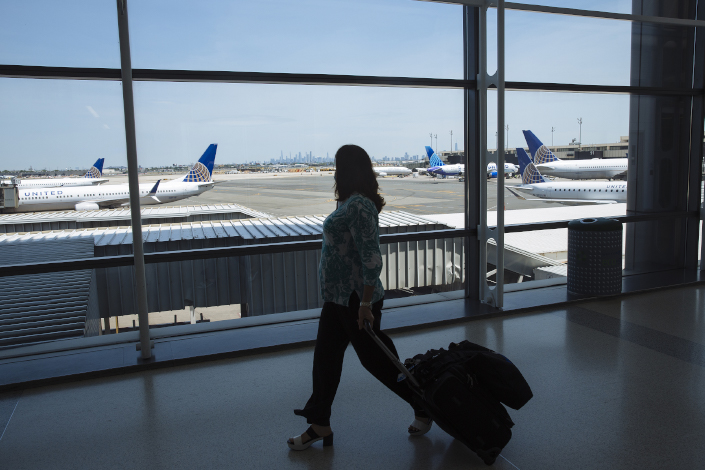 The two countries had been negotiating a deal to increase the number of flights, but the talks broke down.

The United States has turned down a request by China-based airlines to increase the number of flights between the two countries on the grounds that Beijing refuses to allow American flights to the capital, Caixin has learned.

The U.S. Department of Transportation on Thursday rejected a proposed schedule that Chinese airlines filed Thursday, citing China’s own restrictions on international flights. That leaves Chinese and American carriers both flying a total four of round-trips a week to the other’s country — the same as in June when the U.S. restricted the number of flights that Chinese airlines could fly to the U.S. to same number that American airlines were allowed to fly to China.

The two countries had been negotiating a deal to increase the number of flights, but the talks broke down. One factor behind the collapse was that Washington wanted Beijing to drop its restrictions on international flights to the country once and for all, but the Chinese side was reluctant to comply, said a person close to China’s civil aviation regulator.

People close to Delta Air Lines Inc. and United Airlines Inc. — the only two U.S. carriers still flying between China and the U.S. — told Caixin that with the restrictions still in place American carriers wanted to resume flights to Beijing. However, China refused that too as it has prevented international flights from landing in the capital since mid-March as one of its Covid-19 prevention measures. Instead, it has rejiggered air route so flights from abroad land somewhere else in China first.

For example, Delta and United’s flights to China all now land in Shanghai.

U.S. airlines stand to lose if they can’t fly to and from the Chinese capital. “American carriers have investment and facilities in Beijing, but have failed to make a profit (since the Covid-19 pandemic outbreak), and the passenger traffic in Shanghai is declining,” the people said. “They need traffic in Beijing to prop up their business.”

China has relented before. After the U.S. threatened to cut off all Chinese flights to the U.S., China agreed to allow Delta and United to each run two flights a week to China.

Other Western countries have also adopted similar measures to push back on Chinese restrictions. Last month, the French government limited Chinese airlines to one passenger flight to France per week, citing a principle of “reciprocity.”