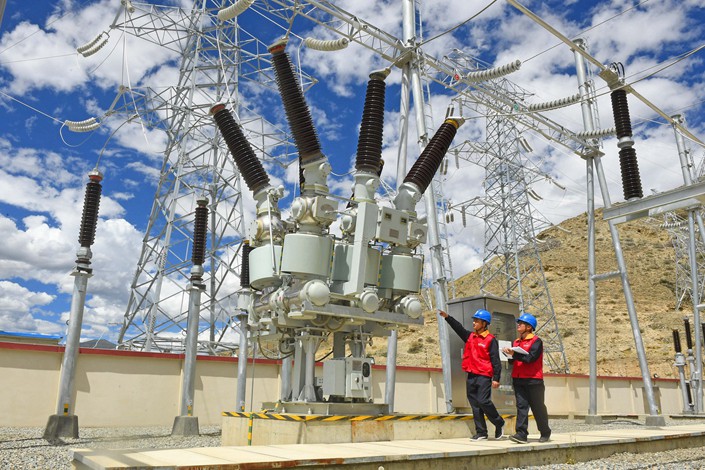 State Grid Corp. of China, the behemoth that transmits and supplies nearly 90% of the country’s electricity, recorded an 81% year-on-year plunge in first-half profit, Caixin has learned.

Of the 27 provincial power companies owned by State Grid, only eight made a profit during the period.

State Grid attributed the collapse in profit to fallout from the coronavirus outbreak and a government-ordered cut to electricity prices. In February, China’s National Development and Reform Commission, the country’s top economic planner, lowered electricity prices by 5% for all enterprises except the most power-hungry companies to cut them some financial slack.

Power companies have taken a hit from the price cut. A person inside State Grid told Caixin that the change has caused a 16.7% reduction in power transmission prices, and the policy has been extended to the end of the year.

Mao said the price cuts cost the company 45 billion yuan in revenue in the first half of the year.

State Grid has also halved its estimate for growth in nationwide electricity sales for the year to a range of 2% to 2.5%.

The utility’s interim financial numbers have improved from the first quarter, when the company posted a 902 million yuan net loss — its first quarterly loss in five years — due to a collapse in industrial output and economic activity caused by the Covid-19 pandemic.

As China has promoted a plan to build up “new infrastructure,” which includes things like high-speed telecommunications, smart devices and the internet of things, State Grid has shelled out 168.5 billion yuan in fixed-asset investment in the first half, up by 12.7% year-on-year. It is set to spend 460 billion yuan on new infrastructure this year, with ultra-high voltage projects making up 39.3% of the total.

Mao said State Grid still aims to hit its annual profit target of 81 billion yuan, which the company set in March, by expanding the market and speeding up digitalization.