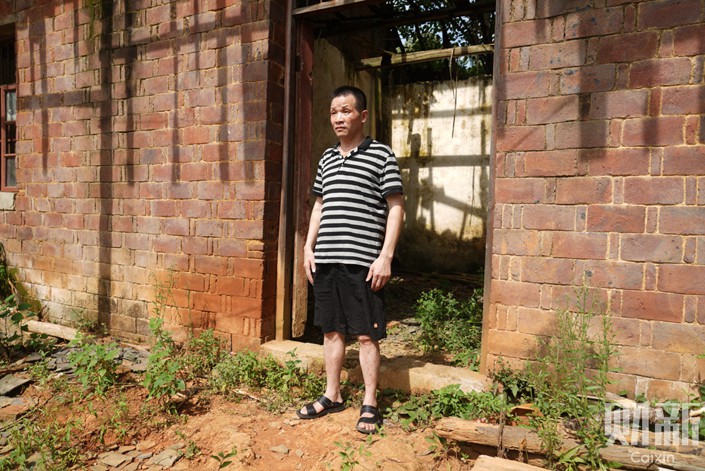 After serving nearly 27 years in prison for a murder he didn’t commit, Zhang Yuhuan was finally exonerated on Tuesday.

The Jiangxi High People’s Court overturned the 52-year-old man’s conviction for murdering two children in 1993 due to “unclear facts and insufficient evidence,” according to a statement (link in Chinese) released on Tuesday, ending the longest unjust imprisonment on record in China.

Zhang, formerly a village carpenter in Jinxian county of Nanchang, the capital of Jiangxi province, returned home on Tuesday after the retrial cleared his name.

The provincial high court has apologized to Zhang and informed him of his right to apply for state compensation for wrongful conviction, the statement said.

Zhang's attorney Wang Fei told Caixin they would apply for compensation as soon as possible, and hold the personnel who handled the case accountable.

On Oct. 25, 1993, two boys were found dead in a reservoir near Zhang’s village. Two days later, police identified Zhang, their neighbor, as a suspect and detained him.

Zhang was convicted of intentional homicide in 1995, and sentenced to death with a two-year reprieve by the Nanchang Intermediate People's Court. But he maintained his innocence, arguing that he had falsely confessed under torture by police during interrogations.

Two months after his conviction, the provincial high court withdrew its verdict in response to an appeal, and ordered a retrial due to lack of evidence. The case was then held for six years until 2001, when it went to an intermediate court that rejected his appeal and upheld the original judgement.

But Zhang and his family never gave up their fight against the wrongful conviction. “In prison, I wrote five or six hundred petitions,” Zhang said in an interview with Chinese news outlet The Paper. “Justice may be delayed, but not denied.”

After years of appeals, the provincial high court in Jiangxi reopened the case in July 2019. Provincial prosecutors suggested the court acquit Zhang, as material evidence was insufficient to prove him guilty and his confessions were inconsistent. Zhang’s attorney also argued that there was no evidence pointing to his guilt if the illegally obtained confessions were ruled out.

Tian Ganlin, the chief judge for the case at the Jiangxi high court announced (link in Chinese) on Tuesday that “the conviction of Zhang Yuhuan for intentional homicide was based on unclear facts and insufficient evidence. According to the ‘no punishment in doubtful cases’ principle, Zhang cannot be found guilty.”

In 2014, Chinese President Xi Jinping urged the country to tackle miscarriages of justice. “Don’t say what harm and impact will we have if we correct those wrong convictions. We need to see what kind of harm and impact we have brought to the victims and the credibility of our law enforcement as a whole,” Xi said in a meeting of the party’s central committee of political and legal affairs, according to national broadcaster CCTV.

When Zhang returned to his hometown Tuesday evening, his mother and ex-wife rushed to hug him tightly while his two sons lit firecrackers to welcome their father back, The Paper reported. “I am really nervous…I didn’t even recognize my son until I was introduced. When I was arrested, my sons were only three or four years old,” said Zhang.

But life after prison is not an easy task. “Now I’m just like a fool … as I've become completely out of touch with society,” Zhang added. He said he hopes the government can grant him a house and some farmland so that he can support his elderly mother.