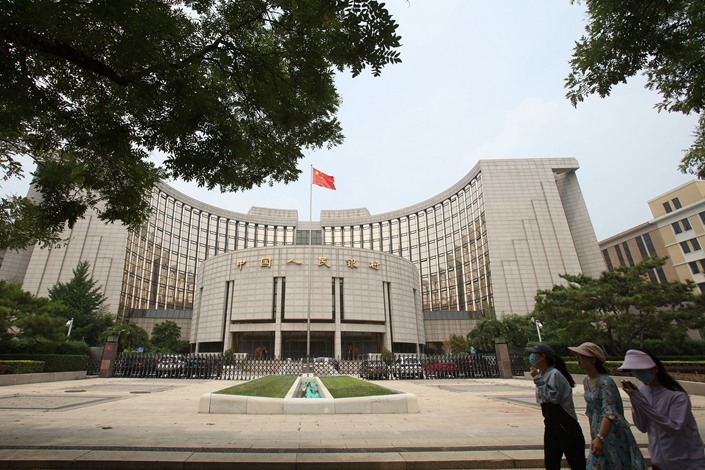 The People’s Bank of China (PBOC) has established a subsidiary, Chengfang FInancial Technology, as part of the government's strategic move to set up "digital central bank."

The People’s Bank of China (PBOC) has taken another step forward in its strategy to build a digital central bank, setting up a financial technology subsidiary, Chengfang Financial Technology Co. Ltd., that will help drive the government’s broader goal of modernizing the financial system, boosting innovation and improving governance.

On July 30, Chengfang was officially established in Beijing by five institutions and companies controlled by the PBOC with registered capital of about 2 billion yuan ($287 million), according to the National Enterprise Credit Information Publicity System. The company’s main businesses include software development, technology consulting and services, data processing, computer system services, and leasing and sales of equipment, according to its registration documents.

The launch of the new central bank subsidiary reflects the central bank’s commitment to pushing ahead with its digital transformation strategy. As early as March 2017, Fan Yifei, a deputy governor of the PBOC, said that the central bank’s technology work would focus on building a “digital central bank” and an innovative digital platform powered by big data to improve risk control, technology governance, and technology research and development. At a work meeting this May, the PBOC reiterated the importance of digital central bank construction, saying it would help improve financial services and regulatory capabilities.

Building a modern central bank system is part of a broader strategy outlined at the Communist Party’s Fourth Plenum (link in Chinese) in October 2019 to modernize China’s system and capacity for governance.

Caixin has learned that the establishment of Chengfang was initiated by the PBOC’s technology department. The aim is to integrate the development centers of the subsidiary’s shareholders with the PBOC’s software development center to centralize and unify their operations, improve management and coordination, and increase efficiency.

“In the past, each unit or institution under the central bank had its own team developing software, which was a waste of human resources and was not conducive to coordination and overall management,” a source from the central bank told Caixin.

The technology employees in the development units of the five shareholders have been transferred to Chengfang and will mainly serve the central bank, a source with knowledge of the matter said.

The PBOC has already set up two similar subsidiaries in Shenzhen and Suzhou, each with a different focus. The Shenzhen fintech subsidiary, set up by the PBOC’s digital currency research institute, is widely believed to be engaged in blockchain technology as it was hiring blockchain engineers, while the Shenzhen and Suzhou subsidiaries both focus on financial technology development, consulting, as well as system construction and operation.

Li Wei, head of the PBOC’s technology department, said at a forum in June that the central bank plans to set up a fintech subsidiary in Shanghai to integrate fintech resources and establish a data center to support the city’s development as a financial technology hub.