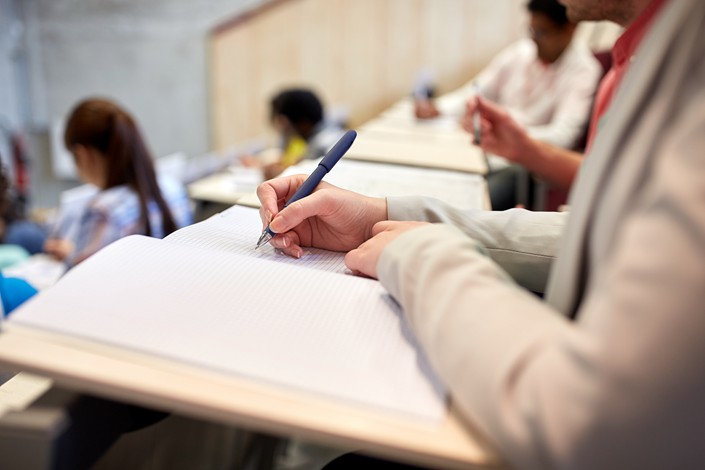 Qian Yingyi is a professor and former dean of the economics and management school at Tsinghua University.

The education system is the first thing we blame when it comes to China’s lack of creative talents. It reminds me of the Qian Xuesen problem: why do our schools fail to cultivate outstanding talents? Although Qian was talking about academia at the time, this problem can be extended to various fields. A more general question is: compared to our investment in education, to our population size, to our economic power, why are there so few creative talents coming out of our education system?

From 2006 to 2018, I served as the dean of the School of Economics and Management at Tsinghua University. These 12 years of experience convinced me that our education system has its strengths, otherwise we wouldn’t have achieved such strong economic growth; yet it also has fatal shortcomings, which are particularly toxic to the cultivation of outstanding talents and innovation.

One of the problems of our education system is that it puts too much emphasis on “knowledge” ― leading to a perception that there’s nothing beyond teachers’ teaching and students’ acquiring knowledge. The phrase “knowledge is power” is deeply rooted in people’s minds. While there’s some rationale behind the phrase, we need to ask, what creates knowledge in the first place? Can knowledge alone generate new knowledge and creativity? I don’t think so. Creativity requires more than just knowledge. Where does human creativity come from? I have a hypothesis that creativity is equal to knowledge multiplied by curiosity and imagination.

The creativity formula presents a paradox in the cultivation of innovative talents. On the one hand, more education helps increase knowledge and creativity; on the other hand, it reduces creativity by reducing curiosity and imagination.

Therefore, I have a simple answer to Qian Xuesen’s question. It’s not that our schools can’t cultivate outstanding talents, but that while our schools increase students’ knowledge, they reduce the other elements necessary for creativity. If this is correct, it has important implications for higher-education reform: in addition to teaching students knowledge, universities must also create an environment to protect and encourage students’ curiosity and imagination. My response to Qian Xuesen’s question is that creativity only comes when universities encourage it. This is exactly the kind of higher-education reform that I have been trying to promote over the years.

Carol Dweck, a psychologist at Stanford University, wrote the book “Mindset: The New Psychology of Success.” Let me give four examples to illustrate the different mindsets of successful people.

The first one is Einstein and his “succinct thinking model.” Einstein’s mental model is to believe that the world can be understood by concise theories and can be expressed in concise formulas. “If you can’t explain things in a simple manner, it means you haven’t understood them,” he said. He conducts scientific research not for intellectual pleasure or utilitarian purposes, but for the passion of understanding the world in the simplest way.

The second is Steve Jobs and his “different thinking model.” When facing the dominance of a tech giant like IBM, Jobs wanted to do something different. For example, while IBM’s motto had long been “Think,” Jobs set Apple’s motto as “Think different” in 1997.

The third is Elon Musk and his “counter-intuitive thinking model.” Musk’s mental model is influenced by quantum physics, which is often contrary to our understanding of basic physics ideas but turns out to be correct. He realized that he could not follow his intuition formed in the ordinary world, but has to apply the most primitive hypotheses in his business. Using this logic, he built recyclable rockets. This is the difference between original innovation and marginal innovation.

For example, when others are discussing technical issues, he has to raise business model issues; when others are entangled in business models, his thinking is more focused on technological innovation. His “reverse thinking” not only made him the first angel investor in Facebook in 2004, but also made him the only entrepreneur and venture investor in Silicon Valley to support Trump in the 2016 U.S. election.

Finally, I want to say that innovation depends on creative talents, and creative talents depend on education. In this sense, education determines the future. Scientific exploration, technological breakthroughs, and business innovation are not enough. Knowledge alone is not enough. It also requires curiosity and imagination, as well as open and diverse mental models.

Therefore, education is not only teaching, but also nurturing.

Caixin Global publishes a diverse range of opinions as letters to the editor on our blog. We’d like to hear what you are thinking or experiencing around the globe. Please submit your thoughts in publishable format to our email: blogen@caixin.com