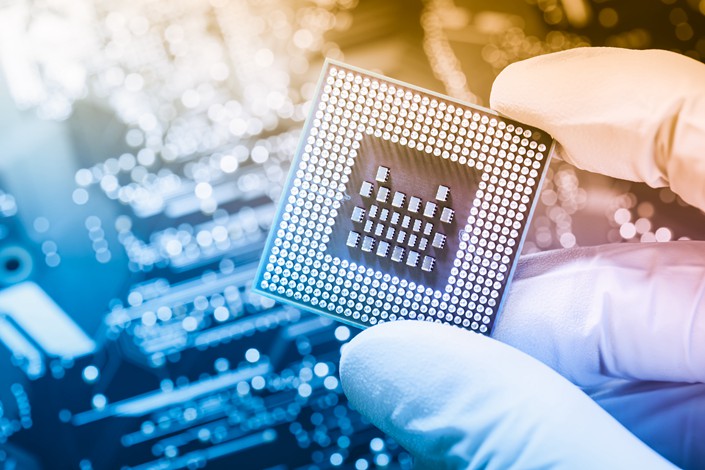 Certain Chinese chipmakers can pay no tax for as many as 10 years under new incentives unveiled by the State Council.

Chinese semiconductor stocks surged Wednesday after the country’s cabinet issued a set of policies to support the development of the integrated circuit (IC) and software industries.

The wide range of incentives, announced late Tuesday, include as many as 10 years of tax exemptions for qualified integrated circuit makers, a streamlined review procedure for IC and software companies’ domestic listings, implementation of intellectual property rights protection and encouragement of global cooperation.

Compared with policies introduced in 2000 and 2011 to bolster the growth of the domestic computer chipmaking and software industries, the new incentives are more generous and broader. Not only chipmakers are eligible for exemption from income tax, but also IC equipment, materials, packaging and testing enterprises can tap the tax breaks.

The new incentives are part of the country’s ambitious “Made in China 2025” plan, which set a strategic goal of producing 40% of all semiconductors China uses by 2020 and 70% by 2025. China currently produces about 15% of the computer chips it uses.

The threat of the U.S. cutting off supplies to China has fueled stepped-up investment and supportive policies. But U.S.-based IC Insights forecast that China will be able to produce only slightly more than 20% of its chips by 2024.

Under the State Council’s new policy, qualifying IC projects and enterprises that have operated for more than 15 years will be exempt from corporate income tax for as many as 10 years if they employ the 28 nanometer (nm) chipmaking process or more-advanced technologies, while projects from 65 nm to 28 nm can qualify for five years tax free and a 50% discount on the corporate tax rate for the subsequent five years.

A nanometer is a billionth of a meter, or about the width of two silicon atoms. A human hair is about 100,000 nm wide. The 28 nm process refers to the microscopic level of miniaturization in etching electronic circuits onto silicon computer chips.

Losses incurred by IC manufacturers will also be allowed to be carried forward to future years, with a maximum total carryforward period of 10 years.

Many listed semiconductor companies have been profitable for more than 10 years, so they can’t benefit from the tax exemptions, but their newly established subsidiaries can.

China’s biggest chipmaker, Semiconductor Manufacturing International Corp. (SMIC), and Hua Hong Semiconductor Ltd. are the only two companies that can produce chips using the 28 nm process and are expected to benefit the most from the new policy.

SMIC, which raised 53 billion yuan ($7.58 billion) in July through a secondary listing on Shanghai’s Nasdaq-style high-tech STAR Market, recently announced plans to build a $7.6 billion foundry in Beijing, focusing on the 28 nm process and more-advanced nodes, with the aim of producing about 100,000 12-inch silicon wafers a month. According to SMIC’s prospectus, the company paid 160 million yuan of income tax in 2019.

SMIC’s Shanghai-listed shares closed up 2.37% Wednesday after a jump of as much as 7.3% intraday. The company’s Hong Kong-listed shares rose nearly 5%.

The total income tax of domestic listed semiconductor companies in 2019 was about 2.567 billion yuan, and the total profit was about 21 billion yuan, according to data from Everbright Securities. The tax exemption policy for IC companies will improve the profit level of the industry, the brokerage said.

But some analysts said SMIC’s secondary listing pushed the valuation of semiconductor stocks too high, leaving limited room for further share appreciation. That may explain why even though 15 semiconductor stocks jumped by the daily trading limit of 10% Wednesday morning, most lost part of their steam by closing.