Trending in China: Popcorn or Cheaper Tickets - What Would Make You Return to the Cinema? 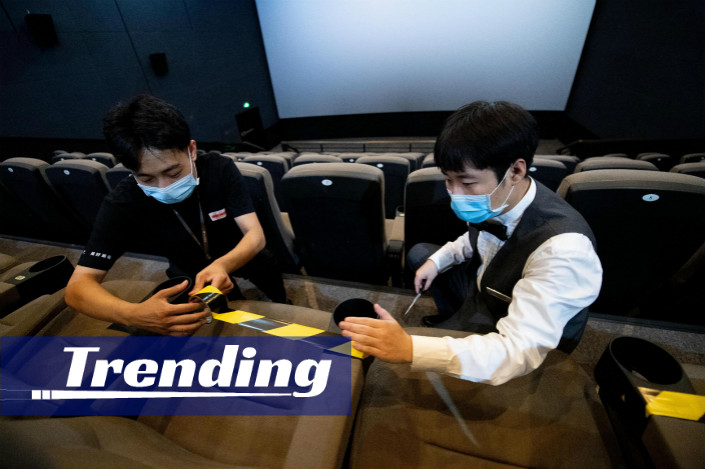 Beijing will offer a total of 20 million yuan ($2.9 million) in subsidies to 232 movie theaters hit hard by the Covid-19 pandemic, authorities said Wednesday. The subsidies will favor small to mid-sized businesses with each cinema eligible for up to 500 thousand yuan, depending on box office takings in 2019. Authorities say they hope to boost the confidence of film industry professionals and raise revenues to pre-coronavirus levels as soon as possible.

Although most of the nation’s cinemas were allowed to reopen on July 24 after a six-month closure, they had to follow numerous restrictions due to public health concerns, such as operating at below 30% capacity, banning food or drinks, and showing movies that last no more than two hours. In the first week of reopening, cinemas across the nation only brought in modest revenues of 109 million yuan ($15.6 million), roughly equal to a single day’s box office in the same period last year. Some cinemas have been selling tickets for as low as 1 yuan to attract patrons.

Beijing authorities have previously stepped in several times to support the film industry. In March, the Beijing Film Bureau distributed a series of subsidies to cinemas, especially those that opened in the past three years or made impressive box office revenues from Chinese titles. In June, the Municipal Bureau of Finance returned the special funds that cinemas paid to film authorities in 2020.

On top of the delay and cancelation of many domestic theatrical releases and film production, Hollywood films might also bring in less than expected in China. Postponed from March, Disney’s live-action remake of Mulan is finally set for release on September 4. It will be available on Disney+ for $29.99 and will be played in theaters in countries without Disney+, which ought to include China. However, many Chinese moviegoers have become weary following the delays and hesitant to watch the film amid mounting geopolitical tensions between the China and the U.S.

Beijing authorities’ plan is controversial news to China’s netizens. Many people have acknowledged the plight of Chinese cinemas and praised the authorities for helping them through this difficult time.

At the same time, some people argue that it might be good for smaller businesses to shut down or be acquired by larger cinemas in a cruel but necessary game of “survival of the fittest.” They believe the government should subsidize industries that are more vulnerable, such as restaurants and farmers, while helping the film industry by loosening public health limitations.