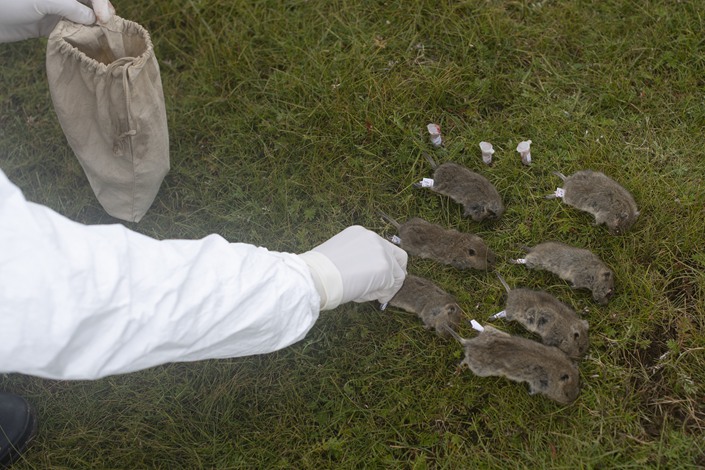 The health committee of the city of Baotou said Thursday that the patient who died Sunday was confirmed to have contracted enteric plague, a rare form of plague that attacks the digestive system.

Authorities in a city in North China’s Inner Mongolia autonomous region have sealed off a village and issued a public health warning after one resident died of plague.

The Baotou health committee said in a statement (link in Chinese) on Thursday that the patient, who died of circulatory system failure on Sunday, was confirmed to have contracted enteric plague, a rare form of plague that attacks the digestive system.

Local health officials have closed off the village where the patient lived and quarantined a total of 35 people for medical observation, including nine who had been in close contact with the deceased.

As of Thursday, all villagers have tested negative for plague and none have shown fever symptoms, according to the statement.

The county-level region where the village is located has been put on the third-highest epidemic alert level in a four-tier system for disease prevention and control from Thursday until the end of the year.

Baotou officials warned against the risk of person-to-person infections of plague and vowed to step up precautions such as anti-epidemic education and health code checks for plague at hospitals.

It urged residents in the city of over half a million people to stop hunting, skinning or transporting wildlife and try to avoid being bitten by fleas.

Enteric plague mainly transmits between animals through flea bites, and to humans by ingestion of uncooked meat from infected dead animals, such as marmots, rabbits or Tibetan sheep, according to the National Health Commission (link in Chinese).

Local health officials said they have disinfected the home of the deceased and the surrounding farmhouses, and started to kill fleas and rodents in and around the village.

The news comes after a livestock herder in another Inner Mongolia city was diagnosed with bubonic plague in early July.

Plague infections are rare in China but occasionally occur in northern and western regions. The country recorded five plague cases last year, one of which was fatal, according to a report (link in Chinese) published by the National Health Commission.

Dubbed the “Black Death” during the Middle Ages, the plague is a highly infectious disease with a case-fatality ratio of 30% to 100% if left untreated, according to the World Health Organization. However, it is curable in most cases as antibiotic treatment is effective against plague bacteria.

In China, the plague is considered a Class A infectious disease, the most serious classification under China’s Law on the Prevention and Treatment of Infectious Diseases.