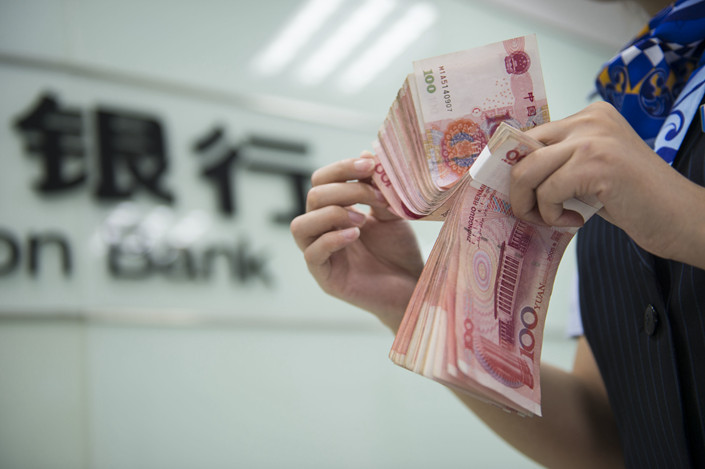 Four midsized city commercial lenders in Shanxi disclosed plans over the weekend to hold extraordinary shareholder meetings in late August to discuss restructuring. They include Jincheng Bank and Jinzhong Bank. Both said the meetings were to discuss mergers and restructuring. The two others are Yangquan Commercial Bank and CZ Bank, which said the sessions would discuss mergers and new business establishment.

The simultaneous announcements sparked expectations that the four regional banks would be combined in a major overhaul of Shanxi’s banking sector. The four banks are among six city commercial banks operating in the province, along with bigger rival Datong Bank and Hong Kong-listed Jinshang Bank. The banks didn’t comment on the matter.

The Shanxi Rural Credit Union is the nexus of a vast financial network covering financial institutions focusing on rural borrowers and depositors in Shanxi. As of the end of 2019, the credit union managed total assets of 1.28 trillion yuan ($184 billion) with 835.9 billion yuan of deposits and 531.6 billion yuan of outstanding loans.

Caixin learned that the Shanxi Rural Credit Union has been caught up in a major scandal as tens of billions of yuan were lost because of embezzlement of loans and other illegal activities. Investigators have targeted several regional banks in Shanxi for risky business dealings with Longyue Industry Group, an agriculture conglomerate founded by Shanxi billionaire Tian Wenjun, and embattled bond defaulter Tunghsu Group.

Yangquan Commercial Bank, CZ Bank and Jinzhong Bank were among creditors of Longyue and affiliated companies when their credit crisis came into the spotlight in 2018.