Tesla Sets Up Its First Overseas Insurance Brokerage in China 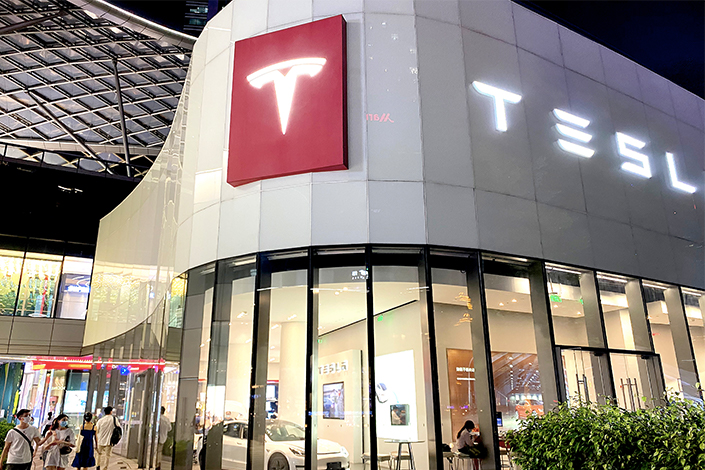 U.S. electric-car leader Tesla Inc. has set up an insurance brokerage in China as part of plans to bring its data-powered insurance plans to the country’s Tesla owners.

Registered in the Shanghai pilot free trade zone on Thursday, where the company has also built a major factory, the new brokerage functions as an intermediary, according to public business registration records. In general, an insurance broker designs insurance plans backed by insurers and makes a commission from each sold.

Tesla planned to use data captured from its cars to develop driver profiles and set insurance rates based on how aggressively they drive, the company’s Chief Financial Officer Zachary Kirkhorn said on its 2020 second-quarter earnings call.

CEO Elon Musk said on the call that accuracy of information is “at the heart of being competitive with insurance.” Musk said Tesla would assess drivers individually, “looking ahead with smart projections,” and inform them of what actions they can take to reduce their insurance. “We’re building a great — like a major insurance company,” he said.

In April 2019, the California-based automaker discussed making a foray into car insurance, and launched an offering in the state a few months later. The China insurance brokerage is Tesla’s first outside of the U.S.

China has the world’s largest electric-vehicle market. In July 2018, Tesla agreed to build up its first overseas vehicle assembly plant in Shanghai, charging further into the giant Chinese market.

Tesla cars’ popularity in China has been surging in recent years, as reflected in the company’s financial data. In the second quarter of this year, Tesla grew its China revenue to $1.4 billion from $690 million a year earlier, making the country its second-largest market after the U.S., where it raked in $3.1 billion of revenue.