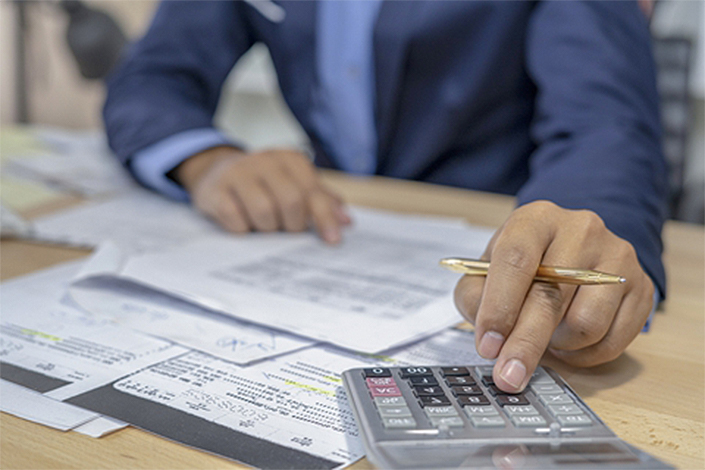 A report released by a high-powered group of U.S. regulators disclosed details of recent disagreements between the U.S. and China over proposed working plans for cross-border cooperation on audit inspection, underscoring rising geopolitical tensions between the world’s two largest economies.

The two countries have a longstanding dispute over U.S. regulators’ access to audits of U.S.-listed Chinese companies. The issue has come into the spotlight following this year’s high-profile accounting scandal at Luckin Coffee Inc., which was followed by further discussions over joint U.S.-China audit inspections.

The President’s Working Group on Financial Markets in the U.S. on Thursday released a “Report on Protecting United States Investors from Significant Risks from Chinese Companies,” which contained an email from the China Securities Regulatory Commission (CSRC), China’s securities watchdog, and a letter from the Public Company Accounting Oversight Board (PCAOB), a U.S. audit regulator.

In the email sent by the CSRC to the PCAOB on April 3, the CSRC made multiple proposals regarding joint inspections with the PCAOB, and suggested both sides reach mutual agreement about the scope of inspection and mode of engagement before an inspection is carried out. The CSRC further said that audit firms could transfer working papers directly to the PCAOB with prior approval of Chinese regulators, and vice versa.

In addition, the CSRC proposed that both sides consult each other before reaching an inspection conclusion, and that each side shall give advance notice to the other party when publicly announcing any sanctions imposed on related entities.

The PCAOB said the proposal imposed critical limitations on its inspection ability, however, and “[t]hat language is consistent with the position maintained by the Chinese side over the past decade,” according to its letter disclosed in the report, which was sent to the President’s Working Group on Financial Markets on July 10.

The PCAOB said Chinese regulators, for example, in October 2015 stated they must have veto power over its engagement selection. China noted in particular that Chinese state-owned enterprises (SOEs) as well as Alibaba Group Holding Ltd. and Baidu Inc., two of the largest U.S.-listed privately-owned Chinese companies, were off limits for U.S. inspection, the PCAOB said.

The CSRC’s position subsequently softened with respect to privately owned companies, but their position on SOEs was reiterated in December 2017 and September 2019 when CSRC Vice Chair Fang Xinghai stated that the Chinese side is not prepared to facilitate PCAOB inspections of the audits of SOEs, the PCAOB said in the letter.

In May 2013, the two sides signed an enforcement-related memorandum to cooperate on potential auditing issues surrounding U.S.-listed Chinese companies. However, “Chinese cooperation has not been sufficient for the PCAOB to obtain access to relevant documents and testimony. In many cases, the Chinese side has produced no documents at all,” the PCAOB said in the letter.

“In the limited instances where they have produced some documents, the productions have been so untimely and incomplete as to stifle meaningful progress on the investigations. We have not received any documents since 2015,” the U.S. regulator said.

This contradicts a statement by CSRC Chairman Yi Huiman, who said in an interview with Caixin in June that the CSRC had provided the U.S. Securities and Exchange Commission and the PCAOB with audit working papers of 14 U.S.-listed Chinese companies by then, including three in 2019.

On Saturday, the CSRC said it had sent a revised proposal to the PCAOB based on the latter’s disagreements.

The CSRC said China has proposed joint accounting inspection plans repeatedly since 2019 and shown “full sincerity for cooperation.” The right way to improve cross-border cooperation on audit inspections is to have frank dialogue, it said.

Timmy Shen and Ling Huawei contributed to this report.