By Mei Ting and Matthew Walsh 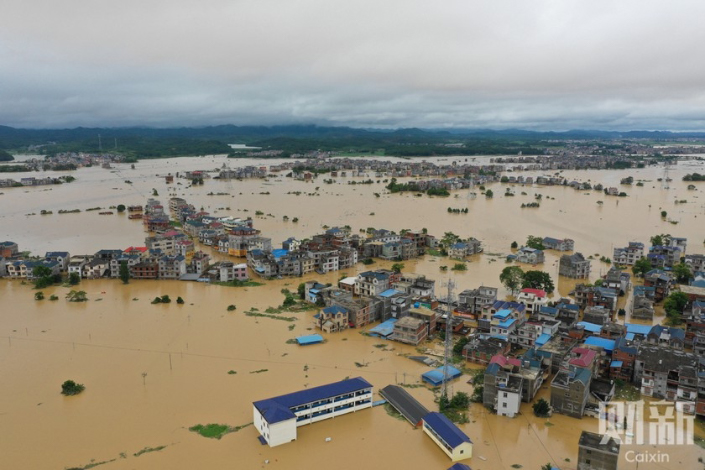 Nearly 40% of China’s geological disasters this year occurred in the month of July as the nation struggled to contain some of the worst flooding in a generation.

But despite last month’s uptick in disasters, which are relatively normal during the monsoon season, China still logged a sharp overall decline in geological incidents like landslides and rockfalls during the first seven months of the year compared with the same period in 2019, according to figures (link in Chinese) published last week by the Ministry of Natural Resources.

Overall, nearly 1,200 geological disasters struck the country in July, including more than 800 landslides, when loose rock and soil falls down mountain slopes, and almost 300 rockfalls, when heavy rock at the top of steep inclines causes the ground beneath to buckle.

The incidents, which tend to cluster in flood-hit regions like Hunan, Jiangxi and Anhui provinces, caused 40 deaths, left 10 people unaccounted for and wrought 560 million yuan ($80.6 million) of direct economic losses, according to ministry figures.

China uses the term “geological disasters” to refer to a range of naturally occurring incidents, including landslides, rockfalls, mudflows, sinkholes, fissures and subsidence.

Overall, 3,047 such incidents occurred in China between January and July, representing a year-on-year decline of 39%, the ministry said.

The data show 85 people died and a further 18 went missing in geological disasters so far this year. The combined total is 36% lower than the equivalent figure last year.

The incidents caused 16.1 billion yuan in direct economic losses between January and July, an 18% rise on last year, according to the figures.

A seismically active nation with highly variable landscapes and climates, China is no stranger to natural disasters, especially during the summer.

In the seven months to July, governments across the country sounded early warnings about 274 geological incidents that threatened the lives of nearly 10,000 people, the ministry said.

The natural resources ministry warned people to be on their guard for geological disasters in August, a month that statistics show to be a peak time for such incidents, especially in the mountainous west, southwest and southeast.