Editorial: More Fiscal Reform Needed to Get a Handle on Local Government Budgets 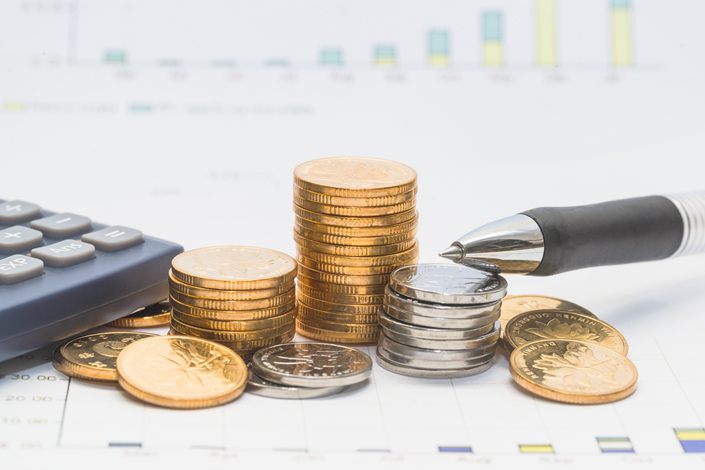 In a turbulent year, China’s fiscal policy, and especially the relationships between the central and local governments, has come under scrutiny. Recently, the Minister of Finance held a seminar on this very topic for the standing committee of the National People’s Congress, the country’s top legislative body.

Under the impact of the coronavirus pandemic and China’s ongoing economic recovery, the role of fiscal policy is weighing heavily, and we need to act decisively and focus on concrete results. The measures we take will only work if we accelerate the refinement of the fiscal relationship between central and local governments, develop tax categories for local entities, rationally delineate central and local duties and responsibilities, and strengthen local fiscal capacity in a practical way.

Fixing the financial ties between governments has long been a target of reform, one that has advanced over the last few years. In June 2014, the central Politburo passed an overall plan to deepen reform for the fiscal and tax systems, a move that defined the basic principles and overall requirements of changes to fiscal duties and responsibilities as well as the assignment of expenditure responsibilities.

Then, in August 2016, the State Council, China’s cabinet, published guidelines on similar reforms insofar as they applied to central and local governments. In January 2018, the State Council’s general office refined these guidelines for the public service sector, and last September the State Council issued a further plan in light of the implementation of large-scale tax and fees cuts. It’s not hard to see that Beijing has always taken these reforms seriously.

We don’t just need to change the former statistic, but also need to restructure expenditure responsibilities. The already-published schemes focusing on the public service sector have mainly served to entrench the existing situation.

People were expecting that statutorily defined tax income would reshape central and local fiscal arrangements, but that plan has so far moved too slowly. Most tax categories have merely elevated preexisting regulations to the status of laws, and have not included reforms to the tax system as a whole, hindering the progress of much-anticipated adjustments to the property tax and the consumption tax.

Faced with increasing fiscal pressure at the basic level, the central government can only continue to transfer more and more money to the provinces. While that makes up for some of the local shortfalls, it retrenches inequities between regions and is not a long-term solution.

A prominent issue is that local governments still lack so-called main taxes, such as the VAT, business tax and enterprise income tax. Since China phased out the business tax and replaced it with the VAT between 2012 and 2016, localities have lost a key source of income. People have expected the property tax and the consumption tax to be incorporated into the localities’ takings, not only plugging the gap but also becoming a source of long-term financial stability.

China has a draft property tax law, but for a number of reasons it has not yet been submitted to the National People’s Congress for approval and is currently not being actively discussed. The central government has been lengthening the list of produced (and imported) goods that are subject to the current consumption tax, and is now gradually moving toward levies on wholesalers and retailers. However, because so few items remain taxable, there is a limit to how much money the state collects from them. Some have suggested that the central government change the tax on vehicle purchases so that the proceeds are shared with or fully transferred to the localities, but no progress has yet been seen on that front.

Distinguishing central and local fiscal incomes has not yet resulted in significant changes; the results will become clear in time. This year, China’s fiscal situation is precarious. Between January and June, the country’s general public budget revenue was 9.62 trillion yuan ($1.38 trillion), a year-on-year decline of 10.8%. In recent years, as we have strongly promoted tax and fee reductions, local fiscal revenues have visibly shrunk. They have fallen more sharply due to the pandemic, a situation that will inevitably carry repercussions for spending. It is an unusual and difficult time for local financing, with general public budget expenditure by local governments falling 6.2% year-on-year in the first half of 2020. That drop exceeded the center’s figure by 3 percentage points.

Besides the aforementioned basic public services, it’s also worth discussing expenditure aimed at addressing socioeconomic risks. Compared with local governments, the central government has greater capacity for transferring funds and guarding against risks, and should take on more responsibility.

But it doesn’t work out like that in practice. After the 2008 global financial crisis, China rolled out a 4 trillion-yuan economic stimulus aimed at heading off external risks and strengthening countercyclical adjustments. Local governments assumed most of the responsibility for spending that money, and consequently racked up large amounts of debt.

This year, China faces two main tasks: preventing a resurgence of Covid-19 and stabilizing growth. Again, the burden of the latter has fallen on the shoulders of local governments, who have grown even more indebted, particularly through issuances of special bonds. Under the current model of responding to public risks, local government debt will continue to grow, and the danger of defaults will gradually accumulate.

At the recent seminar, the Minister of Finance sketched out seven key targets. They include creating comprehensive local tax and direct tax systems, and refining a model of income division based on shared tax; improving the fiscal duties and responsibilities system to strengthen the role of central fiscal authorities; further improving transfer payments, promoting financial transfers to the localities, and raising the capacity of basic public service safeguards; and standardizing fiscal systems at the sub-provincial level, establishing clear rights and responsibilities, smooth operating procedures, and dynamic fiscal protection systems for central and local governments.

Undoubtedly, the general direction is correct. But the key is progress. Reality waits for nobody. The property tax and other issues draw in complicated interest networks, and there is still disagreement about the theory. However, this is exactly the kind of historic opportunity for reformers to show their wisdom, bravery and willingness to step up.

Many central government documents have stressed the need to keep the current overall fiscal outlook stable. This is extremely important for a vast country like China. However, beneath the overall stability, it is also essential to make timely and flexible adjustments.

On this issue, we must remain guided by the issues, our targets and results. Refining the duties and responsibilities of the central government and the localities, as well as separating their spending responsibilities, is a fundamental part of the modernization of China’s governance system and administrative capacity. Most developed economies have already passed laws that clearly establish these things. China should move fast to accomplish the same.