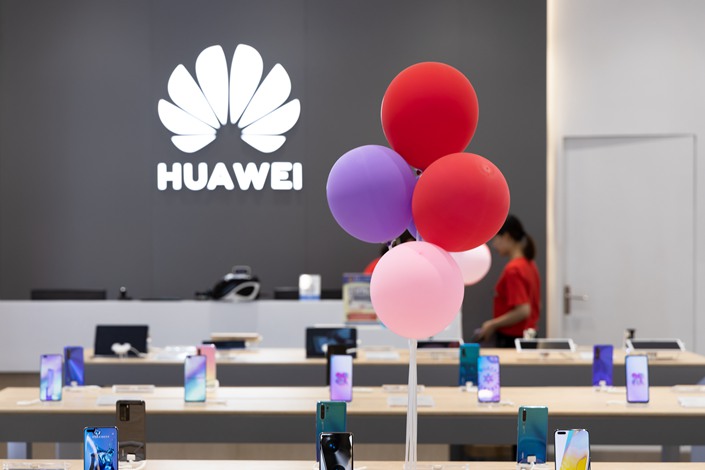 The U.S. announced new rules that would completely cut off the supply of computer chips to Huawei Technologies Co. Ltd., in what some say could be a killing blow to the Chinese company.

Under the rules published Monday by the Department of Commerce, companies worldwide will need a license to sell the Chinese company products in which U.S. technology is used in the production process, including any components.

“This amendment further restricts Huawei from obtaining foreign-made chips developed or produced from U.S. software or technology to the same degree as comparable U.S. chips,” the department said. The latest rules build on previous regulations announced in May that targeted products specifically designed by Huawei. But the new rules also target third-party chips, which the company was expected to rely on after its stockpile of custom-built chips ran out.

China’s top banking watchdog cautioned that U.S. dollar dominance combined with the massive stimulus unleashed by the Federal Reserve could push the world to the edge of another financial crisis.

In a rare act of public criticism, China Banking Regulatory Commission Chairman Guo Shuqing also lashed out at developed nations seeking to divert blame from their own failures to contain the virus outbreak and moves by the U.S. to blacklist Chinese companies and entities.

“In an international monetary system dominated by the U.S. dollar, the unprecedented, unlimited quantitative easing policy of the U.S. actually consumes the creditworthiness of the dollar and erodes the foundation of global financial stability,” Guo wrote in an article published in the Communist Party’s Qiushi magazine Sunday. “The world may once again be pushed to the verge of a global financial crisis.”

China started an anti-dumping investigation into Australian wine, the latest measure to target the nation’s exports as relations between the two states deteriorate.

The probe would normally finish within a year but can be extended to Feb. 18, 2022, according to a Ministry of Commerce statement Tuesday. The investigation applies to wine sold in containers holding two liters or less. Shares of an Australian wine maker, Treasury Wine Estates Ltd., fell as much as 20% and were temporarily paused from trading. China halted some beef imports and then placed tariffs on Australia’s barley exports in May after the conclusion of an earlier anti-dumping probe. Ties between the two trading partners have increasingly frayed in recent years.

A row is brewing between China State Railway Group Co. Ltd. (China Railway), operator of the world’s largest high-speed railway network, and some of the shareholders of its development fund over the group’s plan to liquidate the entity nine years early to avoid paying costly dividends as bond yields slump and profits collapse.

Slowing economic growth and the coronavirus pandemic pushed market interest rates lower in the first quarter and left China Railway paying a fixed dividend yield to the insurance companies of 5.32% at a time when its 20-year AAA-rated bonds were yielding less than 4%.

That’s an attractive return for the insurers, which own 17.86% of the preferred shares of the Railway Development Fund (RDF). But it’s an unwelcome burden for China Railway. The disagreement between China Railway and the five insurance companies highlights a dilemma faced by the country’s financial institutions.

The National People’s Congress (NPC) collected 651 comments, including experts’ concerns about lack of judicial review, vague content and overlapping jurisdictions, on the high-profile draft since it was issued July 3 amid Beijing’s escalating tech conflicts with Washington.

Ling Huawei: Corporate governance is no substitute for effective supervision over banks

SZ DJI Technology Co. Ltd., the world’s biggest commercial drone maker, denied reports that it laid off the majority of its sales and marketing teams as it faces coronavirus headwinds and political tensions overseas.

Reuters reported Monday that the company’s headquarters in Shenzhen slashed its corporate sales and marketing staff from 180 to 60 in recent months and reduced the once 40- to 50-member global video production team to three people.

The drone producer described the report as “false” and the figures as “inaccurate” but did not provide any figures of its own on the grounds that it does not “discuss personnel matters.” A former employee at DJI’s headquarters told Caixin that the company started firing people in March, mostly those on the sales and technical teams.

The company posted net income from operations of $700 million, more than double the $332 million reported a year ago. Revenue grew 30% to $28.5 billion. Adjusted earnings were 50 cents a share, beating Wall Street’s estimate of 39 cents. Revenue also beat analysts’ expectation of $27.4 billion. The company ended the quarter with 417.4 million annual active customers, up 30% from the year-earlier. Mobile daily active users grew 40%.

The amount invested and the size of the stake were not disclosed. Voodoo said in a press statement Tuesday that the deal valued the company at $1.4 billion, or around 1.2 billion euros.

“We are thrilled to welcome Tencent, a company we admire for its leading game and consumer mobile apps," Alexandre Yazdi, co-founder and CEO of Voodoo, said in the statement. "We look forward to developing new products together for the Asian market and publishing games created by the many talented game studios in the region.”

U.S. electric-vehicle maker Tesla Inc. is refusing to deliver Model 3 vehicles to buyers on Chinese group buying platform Pinduoduo Inc., which has been offering the cars at cheaper prices via group buying deals.

While both companies trumpeted their commitment to protecting buyers, some say discount retailer Pinduoduo is trying to increase its prestige by selling the cars while Tesla is seeking to guard against its high prices being undercut by promotions.

It is not the first time the two Nasdaq-listed companies have clashed. In July, Pinduoduo and Yimaiche Automobile launched a group buying activity that sold five Tesla Model 3 cars for 40,000 yuan less than their retail price of 291,800 yuan. Tesla attacked the promotion on Weibo.