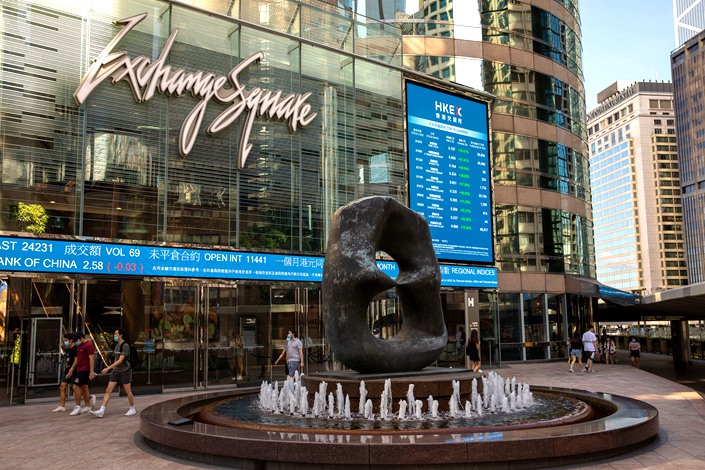 Overseas investors put more money into stocks in Shenzhen than in Shanghai in the first half of this year, according to stock exchange data, indicating investors saw the tech-heavy bourse as a more favorable destination during China’s Covid-19 outbreak.

The average daily value of Chinese mainland-listed shares changing hands via the Shenzhen-Hong Kong stock connect program more than doubled in the first half from the same period in 2019, reaching 42.7 billion yuan ($6.2 billion), according to interim financial results released Wednesday by Hong Kong Exchanges and Clearing Ltd. (HKEx).

The total surpassed the 31.6 billion yuan traded via the Shanghai-Hong Kong stock connect program over the same period, according to HKEx, which runs the Hong Kong Stock Exchange. It was the second time that the half-year figure for Shenzhen had exceeded the one for Shanghai since the Shenzhen-Hong Kong stock connect program was launched in December 2016. The first time was in the second half of 2019.

The Shenzhen stock market has a larger share of listings from internet and other “new economy” industries than its rival to the north. Many offline businesses took a hit from social distancing measures imposed during the pandemic, but internet companies were less impacted. During the first half this year, the benchmark Shanghai Composite Index fell 2.1%, while the Shenzhen Component Index jumped 15%.

The combined movement of overseas capital into the A-share markets via the Shanghai- and Shenzhen-Hong Kong stock connect programs — so-called northbound funds — rose 69% year-on-year to 74.3 billion yuan in the first six months in 2020, according to HKEx.

Northbound funds are often considered the “smart money” as they are mainly controlled by institutional investors that know China well. These funds made up only a fraction of the turnover in mainland stocks, but they played a significant role in leading market sentiment during July’s bull run, analysts said.

Read More
How Much Do Overseas Funds Really Matter to China’s Bull Market?