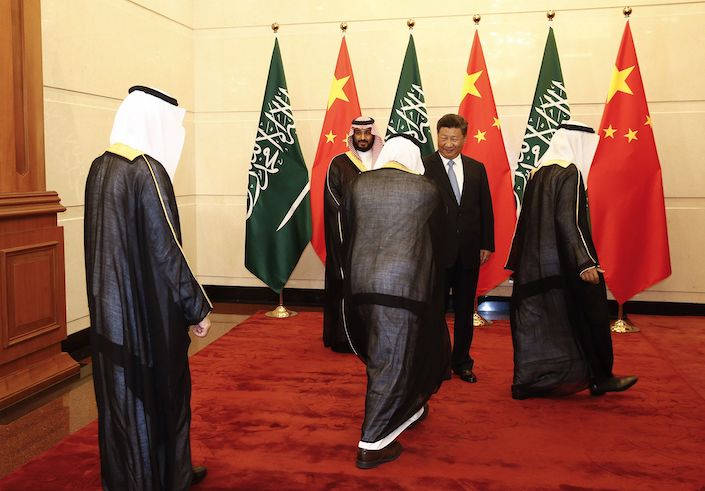 (Bloomberg) — Saudi Arabia’s state oil company suspended a deal to build a $10 billion refining and petrochemicals complex in China, according to people familiar with the matter, as the company slashes spending in response to low oil prices.

Saudi Arabian Oil Co., or Aramco, decided to stop investing in the facility in China’s northeastern province of Liaoning after negotiations with the Chinese partners, said the people, who asked not to be identified as the matter is private. The uncertain market outlook was behind the decision, they said.

Aramco declined to comment. China North Industries Group Corp., or Norinco, one of the partners, didn’t immediately respond to an email seeking comment. No one answered a call to Panjin Sincen, the third partner, outside office hours, or responded to an email.

The oil-price crash and the virus’s impact on energy demand have changed the calculations for energy companies’ projects around the world. Aramco plans deep cuts to its capital spending as it tries to maintain a $75 billion dividend amid low crude prices and rising debt. The kingdom —the main recipient of the dividends — is suffering a major squeeze on its public finances.

The joint venture was signed when Crown Prince Mohammed bin Salman was in Beijing in February last year. It was seen as a landmark deal with a key ally. Saudi Arabia wanted to increase market share in Asia and has encouraged Chinese investment in the kingdom.

The Saudis were set to team up with Norinco and Panjin Sincen to form an entity called Huajin Aramco Petrochemical Co. The kingdom was going to supply as much as 70% of the crude for the 300,000-barrel-a-day refinery.

The Chinese side will press ahead with the project, which also includes an ethylene cracker and a paraxylene unit, according to the people. And the joint venture remains an option for the future, they said.

Refiners have taken a hit as the virus curbed demand globally and margins have been squeezed. That’s changed the investment case for the refining business. Saudi Aramco was also in talks with Indonesia’s state energy company Pertamina earlier this year over a refinery expansion project, but negotiations ended without an agreement. Pertamina is looking for another partner.