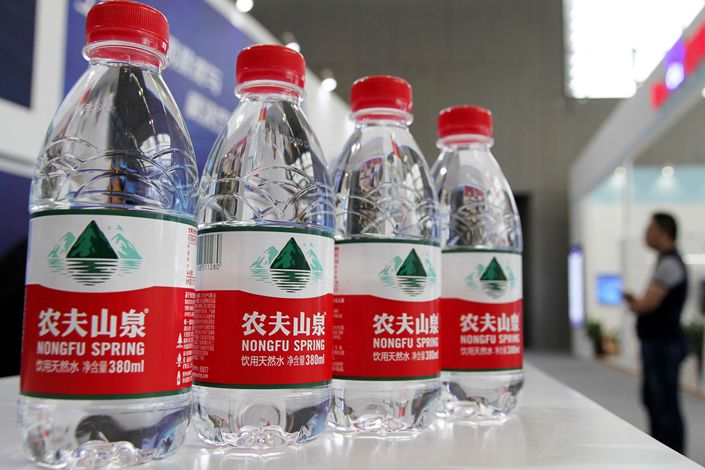 (Bloomberg) — China bottled water giant Nongfu Spring Co. is seeking to raise as much as HK$8.35 billion ($1.1 billion) in what could be the world’s second biggest initial public offering by a food and beverage company this year.

The Hangzhou-based firm is offering 388.2 million shares at HK$19.5 to HK$21.5 each in its Hong Kong share sale, according to a prospectus on the Hong Kong stock exchange website on Tuesday.

At $1.1 billion, Nongfu Spring’s first-time share sale is set to be the world’s second largest F&B IPO after coffee giant JDE Peet’s BV’s $2.8 billion offering in Amsterdam in May, according to data compiled by Bloomberg.

The listing of Nongfu could kick off the next wave of IPOs in Hong Kong after an earlier flurry of deals in June. Yum China Inc., China’s largest restaurant company, is also looking to sell shares in the Asian financial hub as soon as September that could raise about $2 billion, Bloomberg reported this month. Almost $19 billion has been raised through first-time share sales in the city so far in 2020, compared to $10.6 billion for the same period last year, data compiled by Bloomberg show.

Founded in 1996, Nongfu had the biggest market share in China’s packaged drinking water market from 2012 to 2019, according to its prospectus, citing research by consulting firm Frost & Sullivan. It also makes tea and juice beverages. Nongfu plans to use proceeds for purposes including brand building, equipment purchase and building production facility.

The company plans to price the offering on Aug. 28 and to list on the Hong Kong stock exchange on Sept. 8. China International Capital Corp. and Morgan Stanley are the joint sponsors.