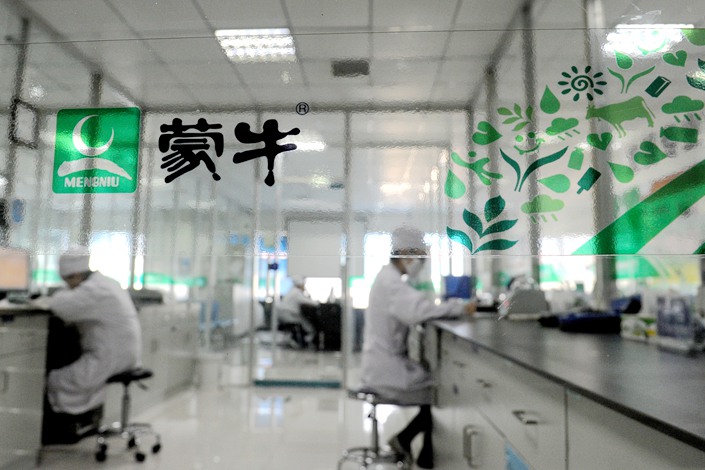 Mengniu Dairy Co. Ltd. has pulled out of a deal to buy an Australia-based dairy producer from Japanese firm Kirin Holdings Co., after Australia’s Federal Treasurer told the Inner Mongolian dairy giant the purchase was not in the national interest.

All three companies made statements Tuesday saying the acquisition deal had been terminated, nine months after it was first agreed. Kirin said it had taken the decision to terminate the agreement because approval from Australia’s Foreign Investment Review Board (FIRB), a condition of the purchase agreement, had not been secured and was “unlikely to be forthcoming at this time.”

The firm in question, Lion Dairy, said it was “disappointed,” while Mengniu only said the conditions of the agreement had not been met.

While the Treasurer has discretion over such purchases under Australian law, media reports suggesting that FIRB had advised the Treasurer’s office the deal posed no national security threat have left questions swirling about why he sought to block the purchase.

News that Federal Treasurer Josh Frydenberg planned to veto the Chinese company’s buyout of the milk manufacturer — in a move that was apparently contrary to the private advice of FIRB and Treasury officials — first emerged last week in the Australian Financial Review.

Frydenberg has since said in a statement to Caixin that he told Mengniu the proposed deal would be “contrary to the (Australian) national interest,” but did not provide further details.

The FIRB has made no official announcement about the nature of its advice to the Treasurer.

The proposal to sell 100% of Lion-Dairy and Drinks Pty. Ltd., a wholly-owned subsidiary of Kirin, to Mengniu subsidiary Monday Smoothie Pty Ltd for $430 million was given the green light by the Australian competition regulator on Feb. 21, when it ruled it was “not opposed” to the acquisition.

It said Burra Foods Pty. Ltd. — a dairy processor and exporter Mengniu acquired in 2016 — and Lion Dairy “are not close competitors, with minimal switching between the two” in the race to get raw milk in Australia’s Gippsland region.

It was to be part of the Chinese milk titan’s broader efforts to beef up its presence in Australia, after successfully closing the Burra Foods deal in 2016, and gaining approval to acquire organic infant formula producer Bellamy’s Australia for A$1.5 billion ($1.07 billion) in November.

The scrapped deal also comes in the context of growing tensions between Beijing and Canberra. Australia has stepped up restrictions on foreign corporate takeovers while the pandemic rages, requiring all deals to be approved by the federal government for the time being. The new screening rule was seen as particularly targeting Chinese buyers.

Meanwhile Beijing this month announced an anti-dumping investigation into Australian wine producers, after previously halting some beef imports and placing 80.5% tariffs on Australia’s barley exports in May after the conclusion of an earlier anti-dumping probe.

In addition, the Chinese ambassador to Canberra said in April that Chinese consumers might choose to boycott the nation’s exports because of strained relations, a comment that was seen as a threat in Australia.

If reports that the FIRB advised the Treasurer to approve the deal are accurate, that means “security can’t be the reason” for the planned veto, said Hans Hendrischke, professor of Chinese business and management at the University of Sydney. “It would have been checked under the regulations for security issues and all sorts of other issues,” he said.

But the move was also “unlikely” to have been a “tit-for-tat political” decision, the professor said, because Australia’s trade officials have gone out of their way to play down the political dimensions of recent Chinese announcements about Australian wine and beef exports.

“So what remains as an explanation is that there was probably some community pressure, or some other factors that Treasury hasn’t made public,” he said, adding some in Australia’s governing Coalition may have feared a public backlash from allowing such a high-profile deal to go through.

Hendrischke said he was not aware of the Treasurer previously going against such advice from the FIRB.

“We are disappointed with this outcome and will now consider pathways forward,” Lion Dairy said in a statement to Caixin.