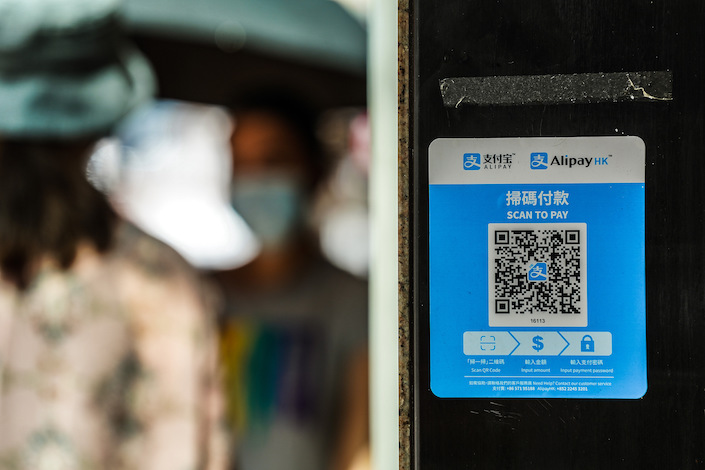 In separate filings with the Shanghai and Hong Kong bourses, the owner of popular payment service platform Alipay for the first time disclosed financial details showing just how enormous its rapidly growing business is. In the six months through June, Ant had revenue of 72.5 billion yuan ($10.5 billion), and net profit surged more than ten-fold to 21.2 billion yuan, according to the filings.

The Alipay app has connected with more than 1 billion Chinese users in a nation of 1.4 billion people, more than 80 million merchants and 2,000 financial institutions, the filings showed. Monthly active users on the platform reached 711 million as of June. In 12 months through June 30, Alipay processed 118 trillion yuan of transactions within China and 621.9 billion yuan of cross-border transactions.

Hangzhou-based Ant said it will issue new shares accounting for at least 10% of total shares following the concurrent IPOs. The company didn’t provide a share price range or the amount it intends to raise. But based on analysts’ estimates putting Ant’s market value at more than $200 billion, the concurrent flotations could raise more than $20 billion, making it one of the largest listings in recent years.

Information published by the Shanghai stock exchange showed that Ant plans to sell 48 billion yuan of shares on the STAR Market, suggesting that the Hong Kong offering would account for a greater portion at 92 billion yuan.

A Beijing-based investment banker said the disclosure indicated that Ant will try to tap more international investors by putting the major portion of the offering in Hong Kong. A person close to the Shanghai bourse said the published size of the offering is only a preliminary estimate and would be subject to change.

The company said it plans to use 30% of its Shanghai IPO proceeds to expand its user base and for digital services, 40% for innovation, research and development, and the remainder on cross-border payment and general corporate uses.

Ant said it will adopt a one-share, one-vote share structure in both the Shanghai and Hong Kong listings rather than a widely speculated dual-class share structure. According to the filings, e-commerce giant Alibaba Group Holding Ltd. is Ant’s largest shareholder with 33%. Hangzhou Junao, an entity owned by key Ant and Alibaba executives, owns 20.66%, while Hangzhou Junhan, which holds shares on behalf of Ant employees, owns 29.86%.

Alibaba founder Jack Ma is the controlling shareholder with 50.52% of Ant’s shares through direct and indirect shareholdings, including shares nominally owned by other groups, according to the filings.

The robust growth of the digital finance technology platform boosted Ant’s profit margin by allowing more funds to remain in the company’s business ecosystem and improving its business efficiency, the company said.

Online credit services have long been a cash cow for Ant. During the first half, the CreditTech business division, which covers Ant’s consumer loan platforms Huabei and Jiebei and credit to small businesses, reported 59.5% revenue growth to 28.6 billion yuan.

The prospectus for the first time disclosed Ant’s exposure to risky lending. The ratio of loans overdue for more than 30 days was 1.56% of total outstanding loans in 2019, up from 1.43% in 2018. Commercial banks’ ratio is almost 3%.

This year’s outbreak of the Covid-19 pandemic has adversely affected Ant’s business performance, the company said and warned that the pandemic may continue to impact its business, financial condition and results of operations.